SAN DIEGO–An individual recently diagnosed with measles may have exposed others at Fallbrook Hospital on July 17, the County of San Diego Health and Human Services Agency (HHSA) said today. The ill person, who is not a county resident, contracted measles after being exposed on a recent international flight from Europe and was treated at […]

CARLSBAD–Detectives are investigating the July 14 stabbing of a male and female at a residence in Carlsbad. Carlsbad police received a call at 11:03 p.m. of reports of a stabbing incident at the 6400 block of Terraza Portico. When they arrived at the scene, police identified a male and female stab victims.  A witness in the neighborhood identified […]

NORTH COUNTY–A driver, allegedly under the influence, struck and killed an elderly couple as they were walking on Old Castle Road on Sunday morning. According to investigators, Earl Smith Jr., 20, of Oceanside, was driving his 2011 Toyota Corolla eastbound on Old Castle Rd near Mauka Dr. at an unknown speed. Smith drifted to the right […]

OCEANSIDE–North County Transit District (NCTD) and the Del Mar Thoroughbred Club are expanding the availability of the popular ‘Pony Express’ combo ticket and reducing the price by $2. The combination ticket will be available every day of the season which runs July 17 to September 4, except opening day on  July 17. The combination ticket […]

CARLSBAD—A unidentified man was treated for injuries after he was struck by a train, Carlsbad police spokesman says. On July 1 at 9:58 p.m. police responded to an unknown injury accident on Grand Avenue and State Street.  Upon arrival, officers observed an injured male being treated by Carlsbad Fire Department.  The victim was transported to Scripps La Jolla by […] 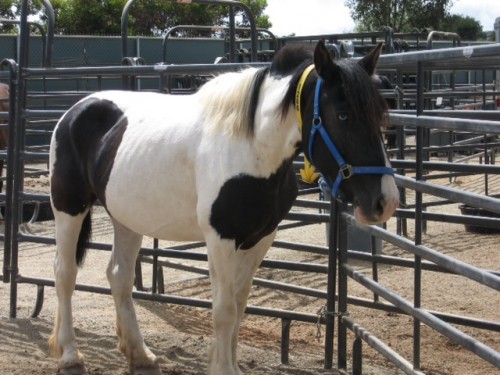 SAN DIEGO–Seven horses seized from a property on Highway 78 in Ramona are now available for adoption. The San Diego County Department of Animal Services (DAS) impounded the animals May 23 when they were found without food and water. DAS had been monitoring the herd since May 20 when several of the horses were found on the highway. […]

POWAY–A 15 year-old Poway male pedestrian was struck by a pick-up truck Saturday evening after running westbound across the street at the intersection of Midland Road and Cynthia Lane in Poway. A Sheriff’s spokesman said the teen saw a Dodge Ram pick-up truck driving northbound through the intersection, and he had planned to run across […]

OCEANSIDE–North County Transit District’s free Wi-Fi service on the Coaster is once again up and running. The transit district and its service provider, T-Mobile have spent the last several months testing and enhancing the Wi-Fi system on board the commuter trains. The improvements will allow passengers to connect to the internet over the Wi-Fi network […]