Actor Matt Damon talks about his role in the film “True Grit.” This movie has 11 Critics Choice Nominations, National Board of Review and AFI Top Ten Films, and Screen Actors Guild Nominations. 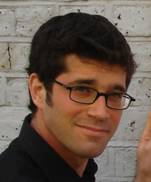 LOS ANGELES–John Williams, President and CEO of Vanguard Films, announced today the company has signed Oscar™ and Annie Award-nominee Mike Johnson, co-director of Corpse Bride, to direct its CG/stop-motion hybrid feature film, Oz Wars. “Mike Johnson is a spectacular director and one of the masters of stop-motion,” says Williams. “We all think Oz Wars is […]

After more than two years of appeals, actor Wesley Snipes goes to jail for tax evasion.

BEVERLY HILLS–The Academy of Motion Picture Arts and Sciences today announced that 15 films have been selected as semifinalists for Achievement in Visual Effects for the 83rd Academy Awards. The films are listed below in alphabetical order: “Alice in Wonderland” “The Chronicles of Narnia: The Voyage of the Dawn Treader” “Clash of the Titans” “Harry […]

BEVERLY HILLS–The Academy of Motion Picture Arts and Sciences today announced that 15 films in the Documentary Feature category will advance in the voting process for the 83rd Academy Awards®. One hundred-one pictures had originally qualified in the category. The 15 films are listed below in alphabetical order by title, with their production company: “Client […]

Christina Aguilera talks about her role in the film “Burlesque” on the Red Carpet.