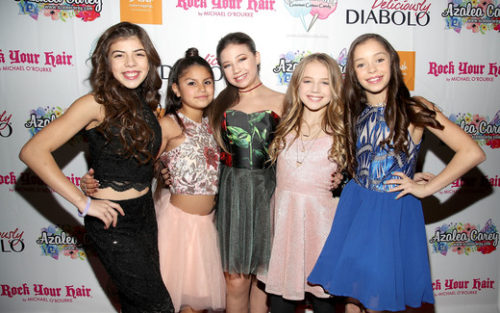 Azalea, a trained dancer, wants today’s youth to be extraordinary – to put in the effort to be the best on their own and not wait on the approval of others.

The internet phenom co-wrote the lyrics with her vocal coach, Nicci Funicelli, as an uplifting mantra dedicated to youth her age. The pop song features a strong dance beat with pulsating rhythms, sugary hooks, and catchy refrains.

The “Extra” video, shot in a warehouse in downtown Los Angeles, features Azalea and her best friends from her dance competition team. An avid, trained dancer, Azalea and her friends are members of the Abby Lee Dance Company in Los Angeles.

The “Extra” video appears on www.azaleacarey.com and YouTube (Azalea Carey), and is available for download on iTunes and Vevo. Fans are encouraged to make their own video on the Musical.ly app.