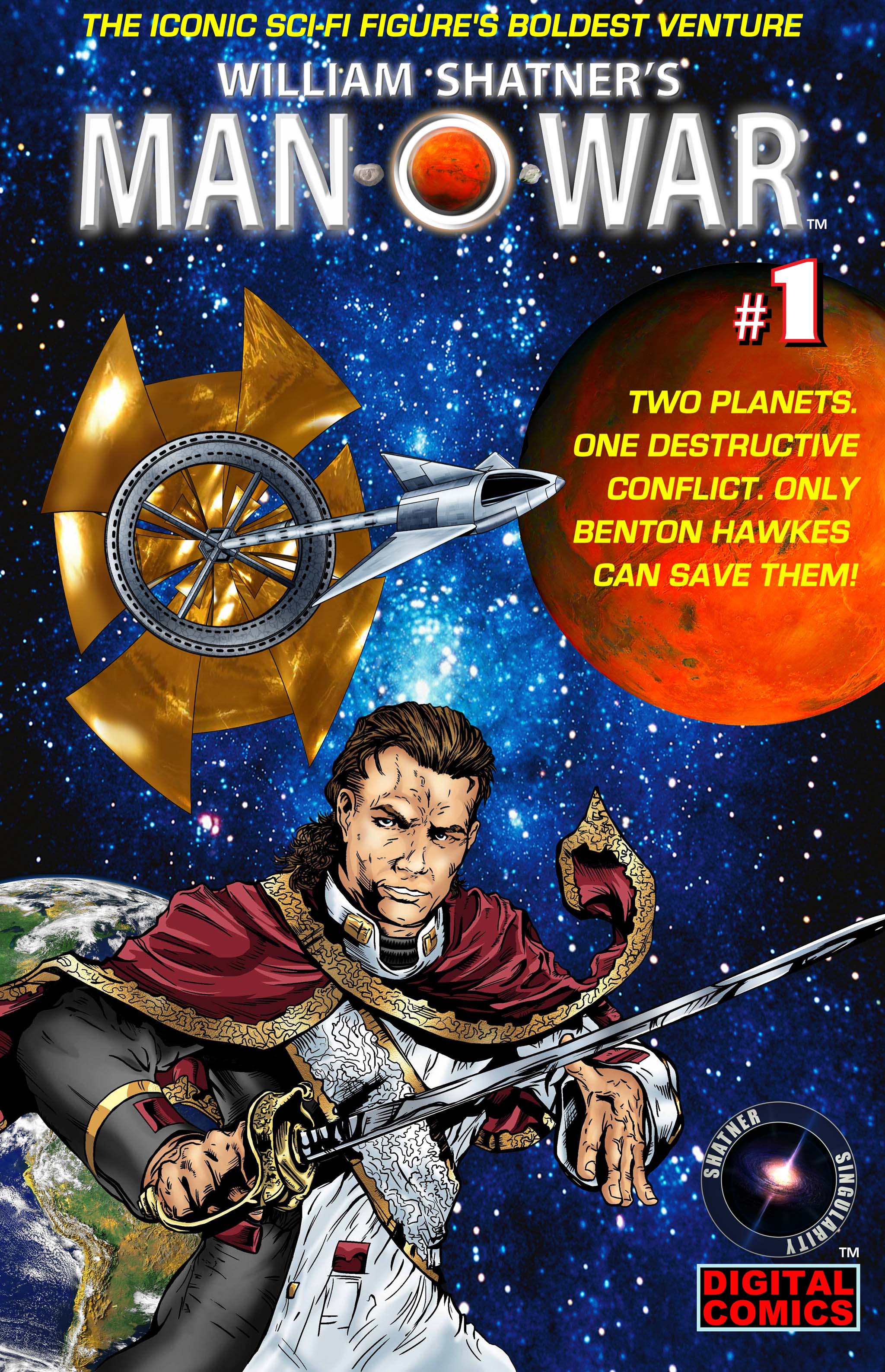 SAN DIEGO–A depleted Earth controlled by corporate greed. An interplanetary revolution set to plunge the solar system into chaos. And one good man amid it all, seeking justice in a future gone mad. Who else other than the legendary William Shatner is capable of bringing such a story to life, in a brand-new comic book format never before done?

On July 11, Shatner (creator/executive producer) will appear at the Man O’ War panel , along with Gary Laird, Mariano Nicieza and Scott Liggett, (LNL executive producers), and Jeremy Westin (Executive Producer, Panelfly), to announce the premiere of a new type of digital comic book. The project delivers a groundbreaking form of digital comics that combines a stylistic new dimension in animation, in-story sound effects, and a music soundtrack to usher in an enhanced reading experience. The panel, held in Room 6BCF, from 4 to 4:45 p.m., will be moderated by Don McGuire.

Following the panel, Shatner and the LNL Partners Creative Team will be signing convention-exclusive prints featuring artwork from his Cinematic Graphic Novel Man O’ War, and speaking with fans from 5 to 6 p.m. at the Factory Entertainment Booth #2647.

Chuck Jones Gallery will host a world-premiere event, unveiling exclusive art prints and originals from the Man O’ War Cinematic Graphic Novel and Digital Comic Book project. During this special event, Shatner and the LNL Partners Creative Team will interact with attendees, share some of their own painting skills, and offer more opportunities to acquire Man O’ War collectibles.

To attend this exclusive event, contact the Chuck Jones Gallery art consultants at (619) 295-9880.