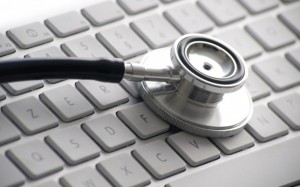 SAN DIEGO–Seven new cases of pertussis, commonly called whooping cough, were reported this week where the public may have been exposed, according to the County Health and Human Services Agency.

“All pregnant women should get vaccinated in their third trimester to pass as much immunity as possible to their newborn and then parents should get their infant vaccinated as soon as they hit that two month mark.”

A typical case of pertussis starts with a cough and runny nose for one to two weeks, followed by weeks to months of rapid coughing fits that sometimes end with a whooping sound. Fever, if present, is usually mild. Antibiotics can lessen the severity of symptoms and prevent the spread of disease to others.

The Centers for Disease Control and Prevention recommends the following vaccination schedule:

· A Tdap booster is recommended for pregnant women during their third trimester of each pregnancy, even if they got a booster before becoming pregnant.

· One dose of Tdap is recommended for adults 19 years of age and older who did not get Tdap as an adolescent.

Parents can obtain the DTaP vaccine series and the Tdap booster shot for themselves and their children through their primary care physicians. Local retail pharmacies offer vaccinations for a fee, and anyone who is not covered by a medical insurance plan can get the shot from a County Public Health Center at minimal or no cost.

For more information about whooping cough and ongoing vaccination clinics, call the Immunization Branch at (866) 358-2966, or visit www.sdiz.org.