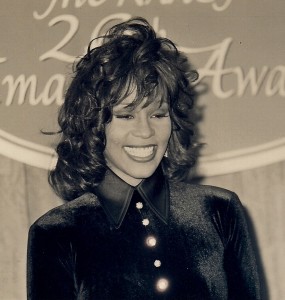 NEWARK, NJ – When Whitney Houston’s remains are finally laid to rest on Saturday, February 18, 2012, friends, family, and fans would have witnessed a celebration of the accomplishments and extraordinary talents of one of the leading Pop divas of the 20th Century. But, the most important title and accomplishment Whitney Houston always told her closest friends she was striving for – was her desire to be a “good Christian and a good mother” to her 18 year-old daughter, Bobbi Kristina Houston Brown.

For well over 40 years I have seen the great ones come and tragically leave us while they were in their prime – singers like Judy Garland, Janis Joplin, David Ruffin, Sam Cooke, Amy Whitehouse, Phyllis Hyman, Michael Jackson, Vesta Williams, and now Whitney. The last time I saw Whitney Houston was when she married Bobby Brown in 1992, and they were together backstage at the 1996 Soul Train Music Awards. Even then, it was such drama and confusion with paparazzi endlessly shooting their cameras and running all over each other. The media was abuzz and wondered what she could have possibly seen in Bobby Brown that would propel her to marry him.

Before there was a Bobby Brown and a Clive Davis, the two men who had the most influence on her life and career, there was Whitney the average teenager growing up in the urban and tough streets of Newark, New Jersey.

The Divas and Record Mogul Who Honed A Future Superstar

Born August 9, 1963 in Newark, New Jersey, Whitney Elizabeth Houston, whose nickname was Nippy, almost seemed destined from birth to become a singer. Her mother Cissy Houston, cousin Dionne Warwick and godmother Aretha Franklin, were all legendary figures in American gospel and soul music. Cissy Houston was the choir minister at New Hope Baptist Church (Newark), and it was there that a young Whitney got her start. Even as a child, Whitney was able to wow audiences; she later told interviewer Diane Sawyer that a rapturous response from the congregation at New Hope had a powerful effect upon her: “I think I knew then that [my singing ability] was an infectious thing that God had given me.” 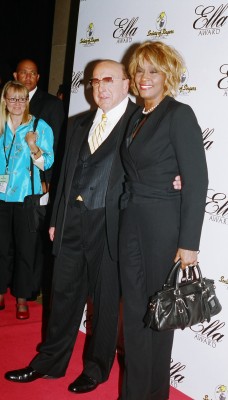 By the time she turned 15, Whitney was performing often with her mother and trying to get a record deal of her own. Around the same time, a photographer who was awed by her natural beauty discovered her. She soon became an extremely sought-after teenage model, one of the first African American women to appear on the cover of Seventeen magazine. However, music remained her true love.

When she was 19, the renowned Clive Davis of Arista Records, who signed her immediately and took the helm of her career as she navigated from gospel to pop stardom, discovered Whitney Houston in a nightclub. In 1983, Houston made her debut on national television, appearing on The Merv Griffin Show to sing Home from the musical The Wiz. She and Davis spent the next two years working on her debut album, finding the best producers and songwriters available to showcase her amazing vocal talent.

Whitney’s parents, Cissy Houston and John Russell Houston, divorced when she was in kindergarten, but her father acted as her business manager through Houston’s rise. John Houston later sued to receive millions in past due compensation. He died in 2003, and his suit was dismissed in 2004. Clive Davis was like a father she never had she would tell friends and associates.

In 1985, she released her debut album Whitney Houston and almost immediately became a smash pop sensation. Over the next year, her hit singles Saving All My Love for You and How Will I Know helped the album reach the top of the charts, where it stayed for 14 non-consecutive weeks. Houston won a GRAMMY in 1986 for Saving All My Love for You; her cousin Dionne Warwick presented the award to the singer. Houston followed the monumental success of her first album with a second release, Whitney, in 1987. That record, too, went Platinum many times over and won more GRAMMY Awards, leading to a successful world tour. During this time, the singer also appeared at a concert for Nelson Mandela’s birthday and founded the Whitney Houston Foundation for Children, a nonprofit organization that funds projects to help needy children over the world.

Despite Marital Problems and Drug Abuse  The Hits Kept Coming

By 1992, Whitney Houston was on top of the world, but her life was about to get very complicated very quickly. That year she married the R&B singer Brown, formerly of New Edition, after a three-year engagement. At first, the marriage was passionate and loving, but things turned sour as the decade progressed and both Brown and Houston battled substance abuse and increasingly erratic behavior.

In spite of these growing personal troubles, Whitney Houston continued to progress in her career, crossing over successfully into acting in 1992 by starring opposite Kevin Costner in the wildly popular The Bodyguard. With this movie, she set a trend for her films to follow: in each film, she also released a hit single, creating sensational record sales for the soundtracks. Her smash single from The Bodyguard, a cover of Dolly Parton’s 1974 I Will Always Love You, proved to be Houston’s biggest hit ever, spending a record-breaking 14 weeks atop the U.S. charts. The soundtrack album went on to win Houston three GRAMMYS, including Album of the Year and Record of the Year. Later in the 1990s, Houston also starred in The Preacher’s Wife and Waiting to Exhale, both accompanied by hit soundtracks as well.

In 1998, Houston released My Love Is Your Love, her first non-soundtrack studio album in many years, and it earned her another GRAMMY but could not top the chart performance of her previous albums. However, her collaboration with Mariah Carey in the animated film The Prince of Egypt produced a single, When You Believe, which won an Academy Award.

Cissy Houston Tried To Save Whitney From Herself

In the late 1990s and early 2000s, Houston’s increasingly rocky marriage, struggles with drugs and health problems threatened to derail her career. Several concert cancellations and a notorious TV interview with Diane Sawyer in 2002 in which Houston appeared far too thin and in very poor health led many to speculate that she was on the verge of a breakdown.

In 2004, against the initial desires of Whitney, Bobby Brown went to Clive Davis and convinced him to persuade Whitney to take part in filming a reality show for Bravo entitled Being Bobby Brown; Houston received substantial airtime. The show aired during the worst years of the couple’s crumbling marriage; drug use, lifestyle excess and bad behavior, were all caught on tape and Houston’s reputation sunk to new lows. Houston tried to ignore the controversy, charging ahead with her music by releasing Just Whitney… to combat her detractors, but it did not match the success of her earlier works.

Over the next few years, Houston attempted to repair her marriage and to break her drug habit, but after several relapses, her mother, Cissy, had to step in. As Whitney Houston explained to Oprah Winfrey in 2009: “[My mother] walks in with the sheriff and she says: ‘I have a court injunction here. You do it my way or we are not going to do this at all. You are going to go on TV, and you are going to retire. And say you’re going to give this up because it’s not worth it.'” Whitney took a break from her career, divorced Bobby Brown in 2007, and won sole custody of their child, Bobbi.

After almost a decade of struggling with her personal life, Houston seemed to be pulling herself together. She released a new album, I Look To You, in 2009. “The songs themselves will speak to you and you’ll understand where I am and some of the changes I’ve gone through for the better,” Houston told Entertainment Tonight. The recording received a warm welcome from music fans, making to the top of album charts. Her live shows, however, garnered mixed reviews with some complaining about the quality of her voice.

In early 2012, Houston rumored to be experiencing financial trouble, but she denied this claim. She, in fact, seemed to be poised for a career upswing. Houston worked on a new musical film Sparkle with Jordin Sparks, a remake of the 1976 movie about an all-girl musical group similar to the Supremes. She had reportedly been approached to join the singing competition The X Factor as a judge. Unfortunately, Houston did not live long enough to see the latest comeback reach fruition.

Whitney Houston died on February 11, 2012, in Los Angeles after being found submerged in the bathtub in her suite in the Beverly Hills Hilton. The official details surrounding her death have yet to be announced, but Los Angeles’ Coroner Office did say prescription drugs and alcohol were found in her room. Besides her mother and daughter, she leaves behind a brother, Michael Houston (musician), two step-brothers, Gary Garland and John Russell Houston III, a step-mother, Peggy Houston, who was married to Whitney’s father, and a step-sister, Alana Houston, who was born to her father and his wife, Peggy.

Houston’s fame was of a higher order, based not only on real talent but also on something she gave to her fans. When she sang the word you, and pointed to the audience, it was easy to feel she was talking to — you. When she wished us joy and happiness, it was easy to believe. In addition, when above all this she wished us love, well, we fell for it. The love was mutual. That she was also beautiful seems less important. There are many beauties out there, but there is not not even one who can do what she could with a song.

Houston honored her pact with her fans, but fame in our time is different than it was when she first hit the scene. Now there are no limits to expressions of admiration or the invasions that fans, critics and voyeurs permit themselves. Every hand holds a phone, every phone a camera. If you have a power cord, you have a forum. If you are Somebody, you belong to Everybody.

In her peak years in the mid 80s to the late 90s, Whitney Houston was a classy woman who did not need any technical sound tricks to project her voice – the woman could sing! And she didn’t need to prance around the stage half naked like some so-called divas are doing today, just to sell more records: All Whitney had to do was to stand in the middle of the stage in her beautiful gowns, open up her mouth and her heart – and SING!

Whitney’s ability to tell us something real with her songs made her not merely the finest of all Pop divas, but one of the finest female Pop musicians America has ever produced, and for this –Whitney Houston’s Voice Now Belongs To The Ages. May The Queen of Pop Divas Rest in Peace!