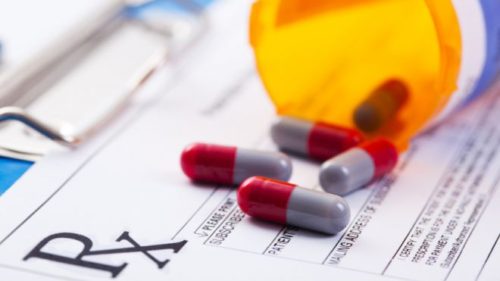 LOS ANGELES–(Newswire.com)–The mental health watchdog group Citizens Commission on Human Rights (CCHR) International warned that a drug being used to treat the opioid crisis in the United States could be like “switching seats on the Titanic.”

A powerful psychoactive prescription drug, buprenorphine-naloxone, described as the gold standard treatment for opioid addiction, carries a warning in its Medication Guide that it contains “an opioid that can cause physical dependence.” A Florida psychiatrist warns using this drug could be trading one addiction for another and that it is estimated to be 25 to 40 times more potent than morphine. It has been reported the drug can also cause significant behavioral changes because of its psychoactive (mind-altering) properties, according to CCHR.

Last week, Attorney General Jeff Sessions announced he is awarding nearly $20 million in federal grants to help law enforcement and public health agencies address prescription drug and opioid abuse. He is also assigning a dozen prosecutors to target opioid-related healthcare fraud. But CCHR says this must include investigating the drugs being prescribed to treat this epidemic.

It is estimated that more than two million Americans are dependent on opioids. On the other hand, in 2016, an article warned that buprenorphine-naloxone abuse is now an epidemic, based on 2013 statistics reported in The New York Times. Between 2009 and March 2013, an estimated three million Americans were treated with the drug. A report by the Substance Abuse and Mental Health Services Administration (SAMHSA) found a ten-fold increase in the number of emergency room visits involving buprenorphine. Over half of the 30,000 hospitalizations in one year were for non-medical use of the drug. Approved to treat opioid addiction in 2002, it now sells illicitly on the streets for anywhere from $5 to $35 a pill. Long-term users of buprenorphine-naloxone say it is more difficult to get off than painkillers or heroin because, unlike an intensely painful five to seven or even fourteen day detox from opiates, a buprenorphine-naloxone detox can last weeks or even months.

Dr. Steven R. Scanlan, board certified in general psychiatry and addiction medicine, says psychiatrists and doctors that prescribe the drug can charge $200 to $300 monthly, per patient, for a 5-to-10 minute checkup to renew a prescription. He warned that the lucrative nature of the drug “on a maintenance basis creates a disincentive to tapering the drug and its income-generating potential,” according to Bloomberg News. Withdrawal can cost $5,000 because it may take “four to five months, incorporating about 10 different drugs to detox the patient successfully,” he said.

Cessation of the drug can cause the taker to “become sick with uncomfortable withdrawal signs and symptoms because your body has become used to this medicine,” according to the Medication Guide. Further, it “can cause serious and life-threatening breathing problems.” Further, “overdose and death can happen if you take benzodiazepines, sedatives, tranquilizers [which are addictive], antidepressants, or alcohol while using” the drug. In 2011, buprenorphine-naloxone was also associated with at least 27 deaths in just one state.

The opioid epidemic begets another lucrative business, CCHR says. Bloomberg News reported that by the mid-2000s, opioid abuse was expanding the need for treatment. Then two laws made it easier to get it. The first, in 2008, put mental disorders on par with other medical treatment for large group insurance — the Mental Health Parity and Addiction Equity Act. Two years later, the Affordable Care Act (ACA) made mental health and substance abuse treatment mandatory in the individual market and expanded Medicaid coverage.

Between 2009 and March 2013, it was estimated that buprenorphine-naloxone generated more than $1 billion in annual sales, or 20 percent of its manufacturer’s profit base. In February 2015, a full-year’s sales were reported at $1.1 billion.

As Bloomberg News pointed out under a section titled “Buying Binge,” “Americans’ addiction to drugs spelled opportunity for private equity from the moment the Affordable Care Act was signed seven years ago. The swelling numbers of people with insurance and the law’s insistence that mental health and drug abuse be covered by it spurred a surge in acquisitions.”

Consider that one U.S. private for-profit behavioral hospital company expanded its facilities from six in 2011 to about 600 in 2017, including 105 centers for so-called “medication-assisted treatment for opiate abuse”—an almost 10,000 percent increase. The “large book of business in treating the opioid addiction” a company representative said, accounted for about 40 percent of its U.S. revenue.

The Mental Health Parity and Addiction Equity Act also contributed to mental health and substance abuse spending doubling between 2003 and 2014, to roughly $240 billion. In 2016, spending was reported as having more than doubled over the past 12 years and now represents a $250 billion market in the United States.

On July 13, former U.S. Rep. Bart Stupak (MI), writing in The Hill, pointed out that with any Affordable Health Care Act reform, the “waste, fraud and abuse of government funds associated with the treatment of opioid addiction” must be addressed. In particular, he cited several for-profit behavioral hospital chains profiting from this.

Law enforcement is already facing prescribers abusing the system—adding weight to AG Session’s approach to tackling the opioid problem. In 2013, The New York Times reported, “Nationally, at least 1,350 of 12,780 buprenorphine doctors have been sanctioned for offenses that include excessive narcotics prescribing, insurance fraud, sexual misconduct and practicing medicine while impaired. Some have been suspended or arrested….” Last year, the U.S. Department of Justice indicted three doctors that sold prescriptions for buprenorphine-naloxone and clonazepam in exchange for cash payments. None of the defendants conducted medical or mental health examinations as required by law in order to prescribe these controlled substances, a felony. A psychiatrist, who ran an “anti-withdrawal drug empire” prescribing buprenorphine, was found guilty of nine counts of improper administration of controlled substances. Selling the drug for between $3 and $5 per pill, he made an annual profit of $280,000 on that drug alone. He claimed to be using buprenorphine to wean hundreds of patients from heroin and other addictions but prosecutors alleged he was merely getting them hooked on the anti-addiction drugs themselves. He was sentenced to 11-22 years in prison.

In addition to laws impacting the substance abuse treatment market, in 2013, the Substance Use Disorders Working Group for the American Psychiatric Associations’ Diagnostic and Statistical Manual of Mental Disorders (DSM5) broadened the symptoms of substance abuse, thereby widening the potential for more patients. A professor of psychiatry involved with the working group, disclosed he advises the manufacturer of buprenorphine-naloxone on tracking abuse. He has also been a consultant for the manufacturer of another drug, naltrexone that reportedly combats alcohol and heroin addiction by preventing craving. And he has helped develop several new drugs to treat addiction.

The psychiatrist admitted that DSM5 would lead to more use of psychoactive drugs for drug dependence. To many of those prescribed these mind-altering and potentially addictive drugs, the term “switching seats on the Titanic”— originally attributed to replacing heroin with methadone”— rings true.

CCHR credits AG Sessions for tackling the opioid epidemic, the overall topic of drug overdoses, and the over-prescription of painkillers. They implore him to also look at the Medicaid and Medicare expenditures on and abuse of prescription psychotropic drugs, especially high prescribers of the drugs under Medicare Part D.