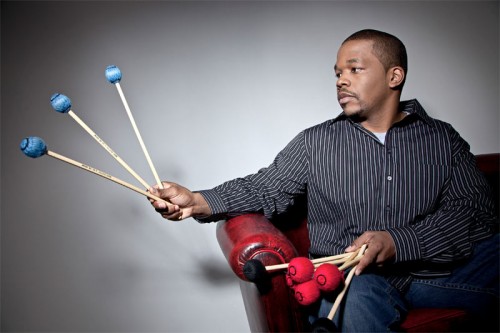 Vibraphonist Warren Wolf is one of the premiere and most musically gifted improvisers in jazz. Photo by Anna Webber.

NEW YORK, NY – The American jazz art form with all of its unpredictable improvisations and endlessly variations, is one of those wonderfully utilitarian American inventions. The jazz improvisational language developed for it adds realism in almost any context, jazz or the blues. Very few artists in American jazz history have been successful in taking those improvisations and translating it to that complicated instrument called the vibraphone. The very few who mastered the vibraphone beast were legends and innovators such as Red Norvo, Lionel Hampton, Milt Jackson, and Bobby Hutcherson. These men are known to just about any musician working in the American jazz, pop, and blues arena for their extraordinary musicianship in showing off their understanding of harmony, to improvise within limits and make them disappear. And they are also known for creating a “form” where personalities become developed, where the tradition of the “form” is so well known that deviations are instantly recognizable.

Alas, enters the 33-year old young multi-instrumentalist/vibraphonist Warren Wolf and his Wolfgang Quartet (Warren Wolf on vibraphone, Aaron Goldberg on piano, Reuben Rogers on bass, and Billy Williams, Jr. on drums) who admirably demonstrated through four grueling nights (September 19-22, 2013) of hard-hitting performances at New York’s Jazz Standard Club, made it crystal clear that the subtext of the show was Wolf’s mutual fascination with the titans and conquerors of the jazz vibes of the past. By the time the Wolfgang closed the show on Sunday night, jazz fans were treated to a delightful array of blues, jazz, pop, and classics compressed into interesting chromatic melodies, ridiculous syncopated phrases, and impressive improvisations from the entire ensemble.

If you want to get a feel of how a jazz ensemble can play – go to one of their late-night sessions such as the one I attended at 11:30 p.m. Saturday, September 21. The Wolfgang was not only in full attention, but also was in perfect harmony even after completing two sets earlier in the evening.

Warren opened a chorus with a magnificent, static blues phrase, from his latest CD Warren Wolf-Wolfgang (Mack Avenue label) called Things Were Done Yesterday, which he lets sit for a second and then adds a series of tails to it, asides that don’t necessarily embellish the original on the CD as much as they add new thoughts in the live performance. During his improvisations, Warren mixed upright blues phrases with long and sleek be-bop lines, abruptly shifting from one to the other, or segueing through each, using the last note of a blues idea as the beginning of a be-bop line.

In many respects – Warren is one cat who is somewhat like his mentor and hero the late Milt Jackson. Milt was content to go out there and blow, and it was no secret that he was not a happy band member of the Modern Jazz Quartet (MJQ) under the leadership of John Lewis – after all the MJQ was originally Milt Jackson’s group. Like Jackson, Warren learned several instruments, principally the vibraphone.

But it should be pointed out to jazz fans who are not familiar with the vibraphone as a musical instrument in jazz this important point: the vibes, and associated instruments like the xylophone and marimba, posed a severe problem for the jazz player in that once a note is struck it cannot be inflected, except by the addition of vibrato. Indeed neither the wooden marimba nor the xylophone can produce a vibrato or even sustain their brief notes; therefore, what vibraphonists as Warren Wolf and his contemporaries does much of the time is to produce lines of single, uninflected notes, and for this reason mallet instruments have never been as widely used in jazz as the horns. 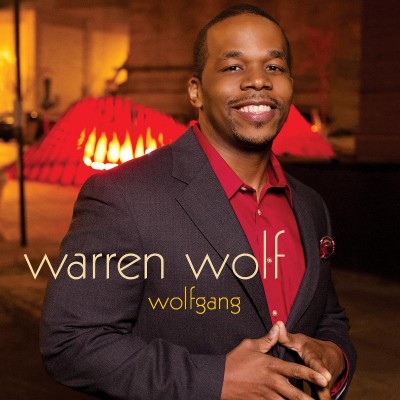 Ted Norvo was one of the very few musicians of the 1920s to the 1940s who was able to perfect a distinctive “form” on the vibraphone; however, that was until Lionel Hampton came on the scene and made the vibes famous more than any artist of his generation.

With this backdrop in mind, Warren Wolf comes to the musical scene with a rich history and respect for the Masters of the Vibraphone. Backed by a band which included Goldberg on piano, Rogers on double-bass and Williams on drums, Wolf played a ballad or two reminiscent of the light graces of Norvo, the sometimes hard driven Hampton coupled with the control and balance of Jackson. Warren laid down some blues harmonies over the less tense sound of the song, a technique Bobby Hutcherson is known to produce. And he harnessed a blues swing for all his improvisations; at times while Rogers and Williams were improvising on the bass and drums—Wolf’s vibraphone was locked into a swing that seemed an abstraction of a dance beat, without any loss of power.

Wolf’s Wolfgang CD allows him the opportunity to explore his creative juices in creating new compositions much more than when he released his 2011 self-titled debut CD Warren Wolf, which by the way was magnificently co-produced by GRAMMY® AWARD winning jazz composer, arranger, recording artist/producer, and bandleader, Christian McBride and the incomparable Al Pryor. Backed by his harmoniously tight and efficient musicians, Warren seemed to play everything he knew, forcing harmonies on compositions, running long percussive lines of chords through a song. The ensemble became empathetic and improvisatory, with Goldberg and Rogers involving themselves in long, exciting and melodiously spontaneous dialogues.

Though Williams was playing within the mainstream drummer tradition, he began to break out of the genre’s limitation; one piece had the modal openness of the Wolfgang selection from the current CD, and Williams’ jamming ideas into the open spaces, took advantage of the freedom. And through everything Wolfe played ran a bluesy jazz sensibility, darkening unwarranted optimism and adding clarity where there might have been obscurity.

Warren Wolf is a young and talented musician, but he has already shown that he has constructed his own “form” like his mentors Norvo, Hampton, Jackson, Hutcherson, and fellow contemporary Stefon Harris.