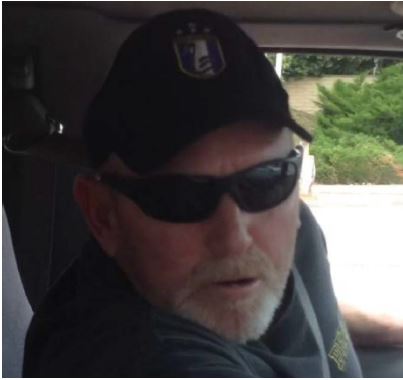 Police are searching for this suspect

SAN DIEGO–Crime Stoppers and investigators from the Santee Sheriff’s Station are asking for the public’s assistance to help identify and locate an unknown suspect wanted in a robbery and assault with a deadly weapon case.

On July 10, at about 1 p.m., an 18-year-old woman was walking along the 8700 block of Mesa Drive in Santee when a man, driving a white truck, began making comments about her sexuality. The woman approached the truck and began video recording the male driver with her cell phone. The man grabbed the woman’s arm and phone, pulling her partially into the window of the truck. He then accelerated his truck and dragged the woman several feet along the roadway. He stopped the truck, causing the woman to fall to the ground. Before the man drove away, he threw the woman’s cell phone at her, striking her in the left temple. The victim suffered abrasions and bruising to her body.

The victim believes that the vehicle the male suspect was driving is a two-door Ford Ranger truck with a ladder on top. The truck also has small purple stripes running the length of the sides. It is possible that the suspect lives in the area of Mesa Road and Prospect Avenue in Santee.

The suspect is described as a white male between 40 and 50 years old with a goatee.