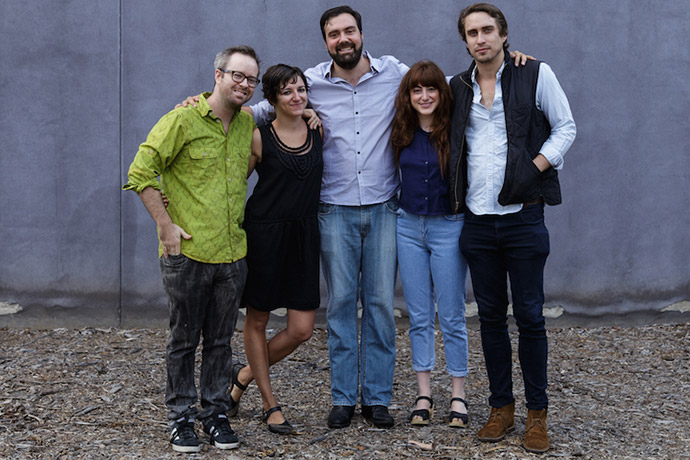 LA JOLLA–A graduate student in the University of California, San Diego, Division of Arts and Humanities will sharpen his playwriting skills when his new work, How to Use a Knife, is featured during the 10th annual M.F.A. Playwrights’ Workshop at the John F. Kennedy Center for the Performing Arts in Washington, D.C. On July 25.

Will Snider of Washington. D.C., is an M.F.A. candidate in UC San Diego’s top-ranked theatre and dance department. His play was one of six selected from a field of 93 nominated works by young playwrights from around the country. Snider will be joined at the workshop by other fine arts graduate students from leading institutions such as Yale School of Drama, the Julliard School and NYU’s Tisch School of the Arts.

“I am thrilled to represent UC San Diego,” said Snider. “Our M.F.A. actors did a reading of the piece back in February, and I got feedback from classmates and my mentors, Naomi Iizuka and Deborah Stein. From this I wrote a big scary new draft. I look forward to working on it with collaborators in Washington, D.C. this summer.”

The weeklong playwrights’ workshop pairs talented, nascent playwrights with directors from the National New Play Network Core and Associate Member Theatres across the country, offering the budding dramatists exposure to theater professionals. Dramaturgs, who specialize in research and development of plays, and a D.C.-based acting company will also participate. Additionally, the workshop will feature the fourth annual New Play Dramaturgy Intensive and a Directing Intensive focused on developing new work.

Snider, a member of the Obie-winning playwrights’ group Youngblood at EST, created other works that include Extinction, Sundowners and The Old Man is Dead. These plays have been produced or developed at Ensemble Studio Theatre, #serials@theflea, FringeNYC, The Claque, SPACE on Ryder Farm, Makehouse, Columbia University and Wabash College. His work recently earned him semi-finalist status for the Princess Grace Awards Playwriting Fellowship.

“Will is an exceptionally talented playwright,” said Iizuka, head of UC San Diego’s playwriting program. “He has an innate gift for telling compelling stories in a strong and original voice. His plays look at how we’re haunted by our own history—whether it’s the legacy of colonialism or genocide. Will’s writing is ambitious in the best sense of the word. He’s taking on big, complex ideas and investigating them in vivid, dramatic, illuminating ways.”

According to Stein, also on UC San Diego’s playwriting faculty, Snider grasps how human behavior affects world events and vice versa. “His plays often look at individuals trying to make sense of a world where the definition of ‘sense’ is always shifting, and he tells stories that shed light on the central political, global and moral questions of our time.”