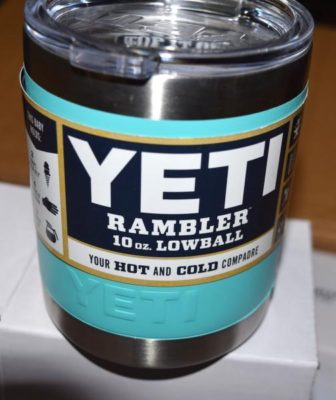 The parcel, manifested as “fishing reel iron products” arrived from Hong Kong, China April 4 and was destined to an individual consignee. The poor packaging and substandard quality led CBP officers to detain the shipment. Further investigation determined the shipment to be counterfeit.

Stopping the flow of fake goods is a priority for the U.S. government and CBP has designated Intellectual Property Rights (IPR) enforcement as a Priority Trade Issue. Importation of counterfeit merchandise can cause significant revenue loss, damage the U.S. economy and threaten the health and safety of American people, CBP officials say.

“Consumer safety and trademark protection is one of CBP’s top priorities.  Our officers will continue to work closely with our trade and consumer safety partners to identify and seize counterfeit merchandise, especially those products that pose potential harm to American consumers,” said Joseph Martella, CBP Port DU.irector for the Area Port of Philadelphia.

This is Philadelphia CBP’s fifth significant counterfeit seizure in the last three months.

“The seizure of counterfeit items reflects the commitment and expertise of CBP officers and import specialists, and their dedication to preventing unlawful and potentially dangerous imports into the United States,” said Casey Durst, CBP Director of Field Operations in Baltimore.  “We will remain vigilant and continue to advance our detection capabilities in order to secure our homeland and keep our communities safe and our economy prosperous.”

On a typical day in 2017, CBP officers seized $3.3 million worth of products with IPR violations. Learn more about what CBP did during “A Typical Day” in 2017.