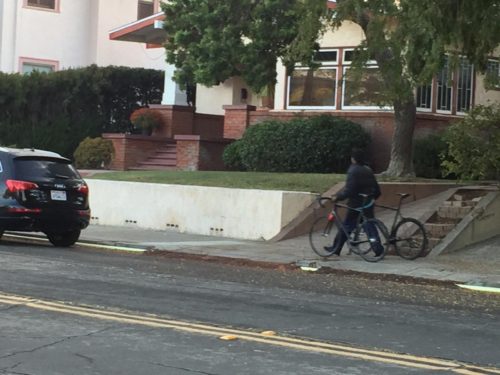 SAN DIEGO–Two valuable Cervello bicycles that were stolen in September were returned to its owner October 24 by San Diego police officers.

On September 19, a resident in the Park West Community noticed his bicycles were stolen. Utilizing Nextdoor.Com, the victim quickly posted the incident to his neighbors in hopes that someone would see the bicycles and call police.

Last week, a resident walking at Upas Street and 4th Avenue saw one of the bicycles and took action. He recovered the bicycle that was tied to a tree and then called police. On Monday, this same individual saw the other bicycle at 3000 4th Avenue and quickly reported it to police.

The suspect in the bike thefts was identified as 30-year-old Angel Joel Rodriguez Sierra. He was taken into custody.