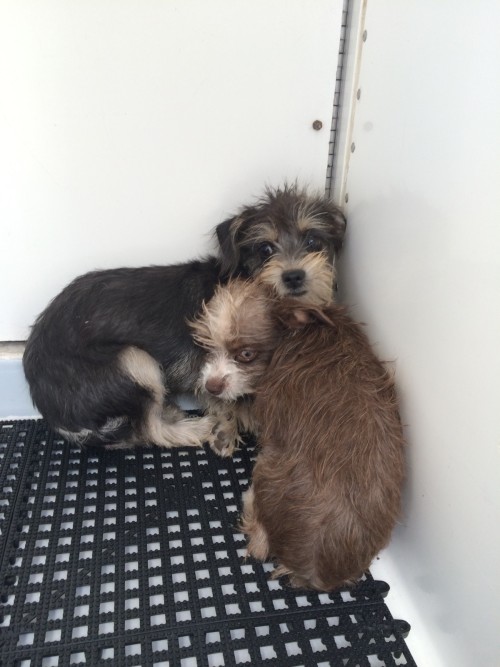 Abandoned puppies were found inside a dumpster in Otay Mesa.

An Animal Services official says the puppies were discovered in the dumpster Thursday morning near Siempre Viva Road.

The person brought the dogs to a nearby gas station and Animal Services was called in. An animal control officer took the dogs to the County’s animal care facility in Bonita.

“It is illegal to abandon an animal, and it is also repugnant,” said Animal Services Deputy Director Dan DeSousa. “If a person cannot care for an animal, they can reach out to various rescue groups or contact the department, either for assistance or to take the animals.”

The female puppies are about four months old, and while dirty, they appeared to be healthy, according to Animal Services. They didn’t have any identification but Animal Services is required to hold the animals until close of business on Nov. 17 to give the owner a chance to claim them.

There is the possibility someone other than the owner took the puppies and abandoned them, and now their owner is searching for them.

If the owner doesn’t come forward, the dogs will become available for adoption on Wednesday, Nov.  18.