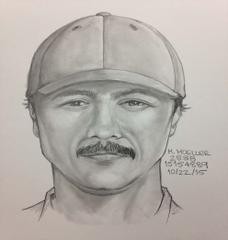 ENCINITAS–Investigators are searching for two men who attempted to kidnap a female 17-year-old Encinitas student.

Authorities say the incident took place Thursday before noon at the intersection of Melba and Nardo Roads as the student was walking to Dieguito High School Academy.

The student told deputies two men in a pickup truck drove up next to her and tried to drag her into the truck. She was able to break free and run home.

The vehicle is described as a white pickup truck similar to a Ford Ranger.

Anyone with information about this attempted kidnapping is urged to call Crime Stoppers at (888) 580-8477. Callers may be eligible for up to a $1,000 reward for information leading to a felony arrest.