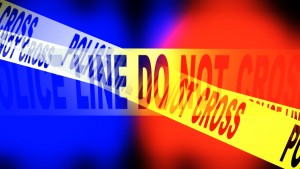 On Thursday at 3:44 p.m., dispatchers began receiving calls regarding a stabbing near the Sprinter Station in the 600 block of Crouch. The scene appears to be in a brush area away from the station and may be transient related.

When officers arrived, they found Richard Lincoln, 28 and Trent Wyatt, 30, with stab wounds. Their wounds were non-life threatening, but both men were flown to Scripps Hospital as a precaution. Officers say both men were uncooperative, telling officers they did not know what happened.

The stabbing scene was located in a transient encampment on the southeast corner of Crouch Street and Skylark Drive. The victims had run from their camp to the Sprinter Station where they collapsed. The motive for the stabbing and the reason for the fight are unknown. No weapons were recovered.

There is no one in custody for this crime and there is no suspect description available. A male person was arrested on an unrelated warrant.