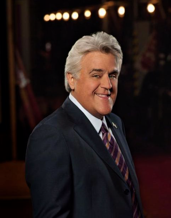 The medical center has consistently received an ‘A’ rating for hospital patient safety, organizers say.

Widely known as a late night TV show host, Jay Leno has also earned broad appeal as a stand-up comedian, best-selling children’s book author, pioneering car builder and mechanic, and philanthropist. His latest venture, “Jay Leno’s Garage” of which he is a producer as well as star, has gained an international following on the Internet, not to mention an Emmy Award and two additional nominations for Outstanding Special Class-Short-Format Nonfiction Programs.

“Jay Leno is not just one of America’s most beloved entertainers, he is a philanthropist at heart and knows the joy of giving as well as the healing power of humor,” said Glen Newhart, President of the Tri-City Hospital Foundation. “We consider ourselves really fortunate to have him join us for our Diamond Ball. It’s going to be a blast while helping raise funds to support our mission of providing exceptional healthcare in our community.”

Tri-City Hospital Foundation is celebrating more than 50 years as a link between the community and the hospital. Since its inception, the foundation has provided over $46 million in grants to Tri-City Medical Center. Many of the hospital’s most mission-critical facilities have been supported in whole or part by foundation initiatives and community donors. Recently, the foundation helped fund a GE Revolution CT Imaging System making Tri-City Medical Center the first hospital in San Diego County and Southern California to have this state-of-the-art digital imaging system in use.