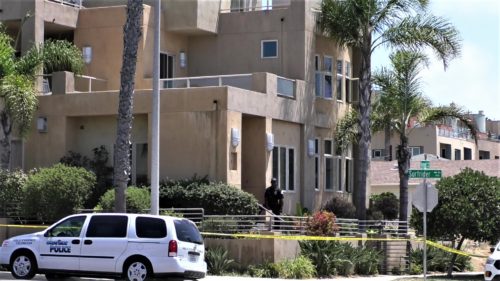 OCEANSIDE–A transient was arrested Sunday morning for the alleged murder of an elderly man found dead at his Oceanside home in August, the Oceanside Police Department said Monday.

On Friday, Oceanside police detectives were notified of a DNA match from the homicide scene of 77-year-old John Roth that occurred on August 14 in the 500 block of North Tremont Street. The DNA identified 21-year-old Carey Lamont Reid, Jr., an Oceanside transient.

On Sunday morning, police officers responded to a call in the 500 block of North Coast Highway of  a person laying in the parking lot. Upon arrival they contacted Carey Reid. The location is directly behind the victims’ residence. Reid was arrested and charged with the alleged homicide of Roth. He was booked into the San Diego County Detention Facility.

Roth’s wife discovered her husband’s body when she returned home from her job at a local nursing home. He had sustained trauma to his upper torso.