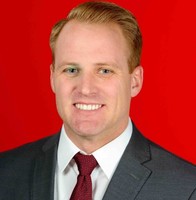 In his role, Lanski will be the primary educator, overseer and interpreter of conference and NCAA regulations. Additionally, he will be responsible for developing, directing, supervising, evaluating and overseeing all aspects for SDSU Athletics compliance, including strategic planning, policy implementation, comprehensive rules education and monitoring systems, interpretations, waivers, investigations and self-reporting of violations.

Lanski heads south to America’s Finest City after spending two-and-a-half years as an associate athletic director of compliance for the Matadors (January 2016-June 2018). In his role, Lanski oversaw CSUN’s compliance department and was the sport supervisor for women’s soccer, men’s golf and women’s golf. Some of his accomplishments included developing/revising policies and procedures, improving and streamlining the eligibility process, increased rules education and monitoring efforts, and improving relationships with campus partners.

Prior to his time in Northridge, Lanski was at Mississippi for more than three years. Appointed the department’s compliance coordinator in August 2012, Lanski oversaw all aspects of playing and practice seasons, financial aid, and awards and benefits. He was later elevated to assistant director in August 2014 and was responsible for recruiting, complimentary tickets and camps/clinics oversight.

Lanski began his compliance career at UCR in September 2011 as a compliance assistant. While in the Inland Empire, Lanski assisted with initial eligibility, recruiting and rules education.

A member of the National Association for Athletics Compliance (NAAC), Lanski serves on the NAAC Advancement/Development Committee and was recently selected as the committee chair, placing him on the board of directors.

Lanski received his master’s degree in kinesiology and application of Knee Kinesiology Tape. Lanski, who has been involved in college athletics since he stepped onto the Cal State San Bernardino campus in the fall of 2003, was a four-year student-athlete on the Coyotes men’s soccer team. He later became a marketing intern in the department before earning his bachelor’s degree in business and administration, marketing.