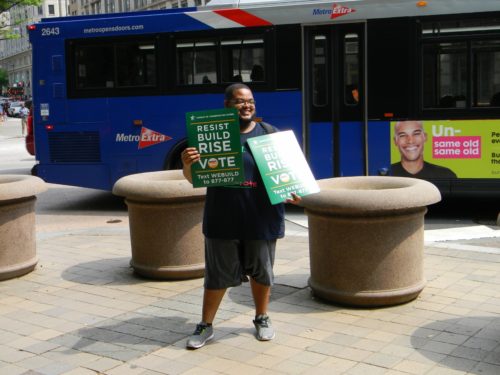 Ray Hoskins, from Washington, DC, hands out signs to protesters in support of climate change. (Photo by Danny R. Johnson)

WASHINGTON, DC — Protesters backing action on climate change braved the sweltering heat Saturday in the nation’s capital as part of the People’s Climate March. The march began at 12:30 p.m. near the Capitol, and demonstrators moved to the White House and ended up at the Washington Monument.

Michael Dorth, from an affluent upper middle class neighborhood in Stamford, Connecticut, is one of those activists. He joined about 400 others who climbed into six buses traveling to Washington early Saturday to join in the march. “Trump is a danger to our climate, and he is proven to be destructive in undoing everything Obama accomplished in relations to climate change legislation and international support. Climate change impacts everybody,” Dorth told San Diego County News. “Change is inevitable, and only we can solve it — the impact is just changing the way we live.” 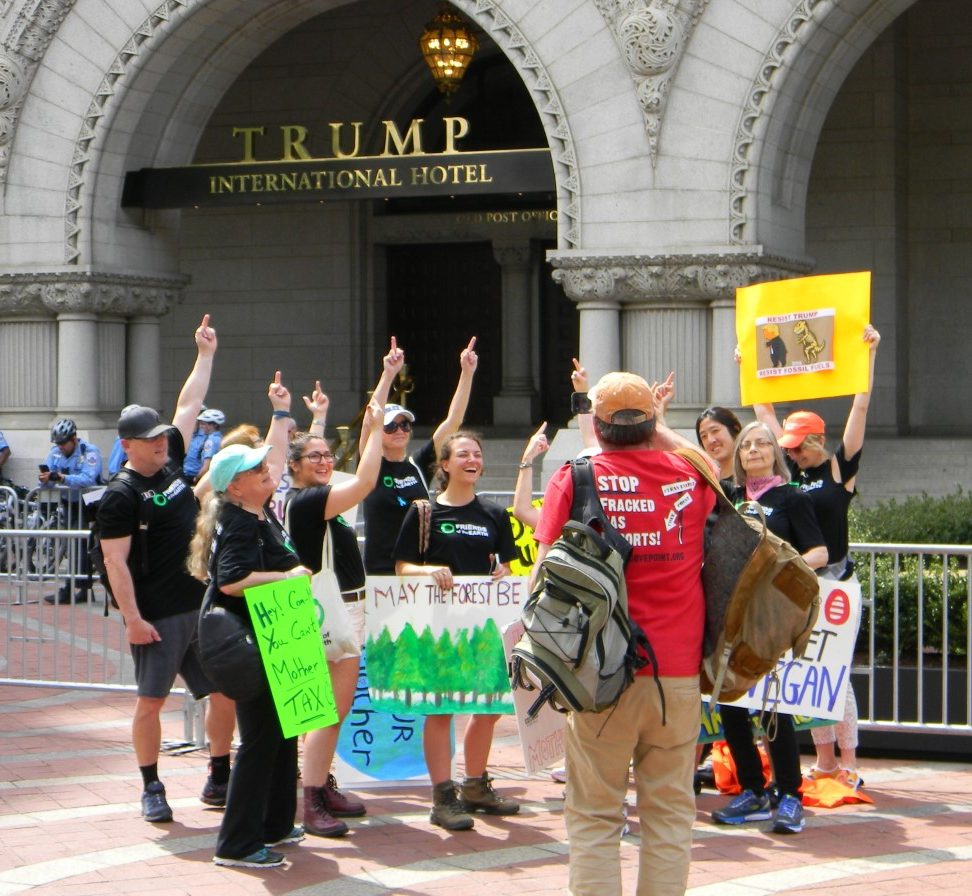 A group of protesters in front of the Trump International Hotel expressing their First Amendment rights calling for support of climate change advocacy. (Photo by Danny R. Johnson)

Temperatures neared 90 degrees Saturday, well above the average high of 71 degrees for April 29, according to Weather.com. But the heat didn’t stop the thousands who came out to protest Trump’s climate change policies. Hundreds of sister marches were also planned across the United States and around the world.

Protesters marched through the snow in Denver. Demonstrations were held in San Diego, Boston, Philadelphia, New York, Seattle, Chicago, Amsterdam, South Africa and London.
The protests coincided with Donald Trump’s 100th day in office, and they are taking on President Trump’s environmental policies, which have generally prioritized economic growth over environmental concerns. During those first 100 days, the Environmental Protection Agency has moved swiftly to roll back Obama-era regulations on fossil fuels while also facing significant planned budget cuts.

Friday, the EPA removed most climate change information from its website, saying in a statement that the language was updated to “reflect the approach of new leadership and differing opinions regarding environmental policies.” 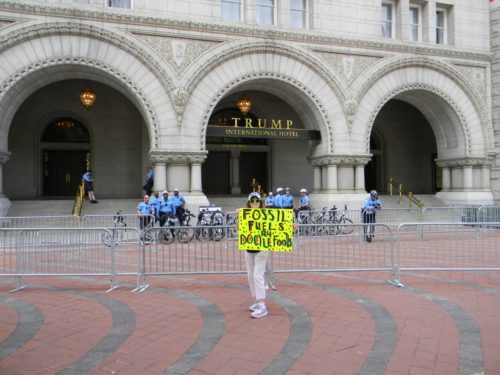 The protest continues the trend of heightened liberal and progressive activism since Trump’s election, best seen in the Women’s March in January of 2017 and the protests at airports to combat the administration’s travel ban against Muslims.

“Now Trump’s entire fossil fuel agenda is next, and we believe that the path forward is based in the voice of the people — which is expressed first and foremost through mass protests and mass marches, and most importantly, casting ballots for pro-environment candidates,” stated Milton.