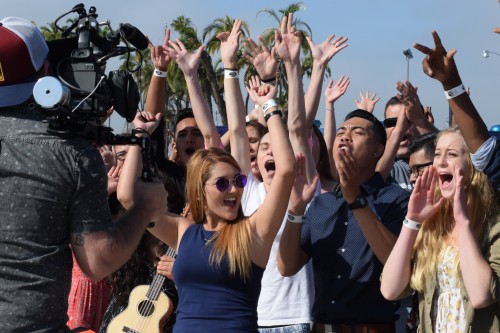 SAN DIEGO–Hundreds of aspiring singers throughout Southern California gathered Monday at the Waterfront Park in downtown San Diego hoping to be the 15th and final “American Idol” superstar.

Contestants began lining up before 6 a.m. for the tryouts which were held outside the County Administration Building.

San Diego resident Lily Navarro was the first in line for the tryouts, arriving at 4 a.m. Monday morning. Navarro says her mother told her about the tryouts in San Diego. 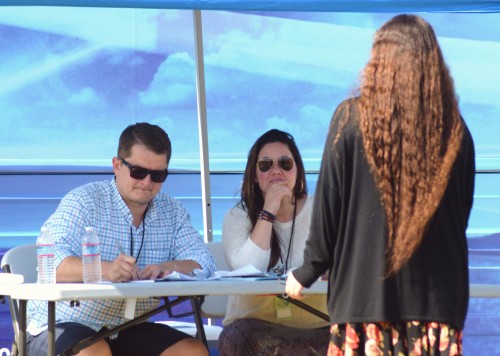 The soft-spoken singer chose country trio, Pistol Annies’ song, “I Feel a Sin Comin’ On” for her audition. Navarro admitted she was nervous, but said her inspiration was her 4-year-old daughter.

Not all contestants were newbies at the tryouts. Brandon Telles made it to the celebrity judges round in “American Idol” season 13 before he was cut. The 17-year-old Rancho Cucamonga resident says he is better prepared for the second tryouts.

“I know I had a lot of control and pitch issues from last year, and the year before that, so I’ve been working on that a lot more. Working on being self-confident, and controlling getting nervous,” Telles said. 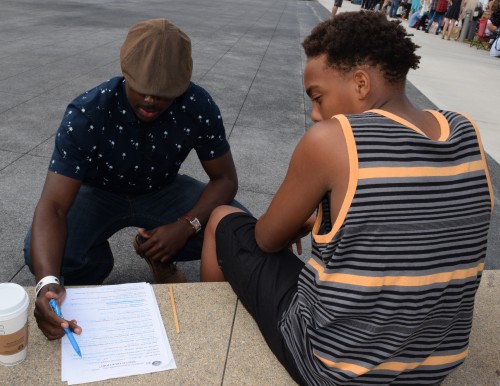 A fan of R&B, soul and hip-hop, Telles plans to sing Christina Aguilera’s version of the song, “Somethings Got A Hold On Me.”

FOX Television announced last May that the 15th season of “American Idol” would be its last. Since it first aired in 2002, many successful careers have been launched, including former San Diegans Adam Lampert and Jessica Sanchez.

“I’ve always felt the key to Idol’s success are the people who audition for the show. Picking the right ones is so important,” said Patrick Lynn, senior supervising producer of American Idol.  “Never judge a book by its cover we say. We have a good track record for Idols that go on to better success in the recording industry.”