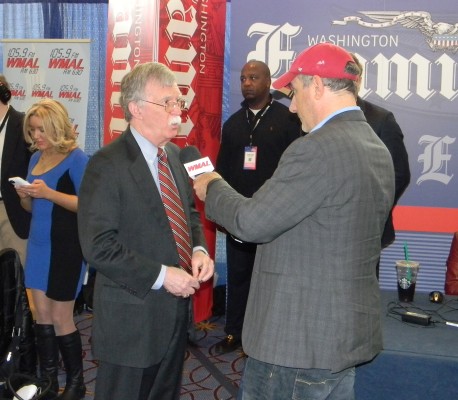 WASHINGTON, DC – As you stroll along the main ballroom of the Conservative Political Action Conference (CPAC) 2016 gathering, which is being held at the Gaylord Resort in Prince George’s County, MD, a few miles outside of DC until March 5, you quickly noticed that the 4,000 attendees are mostly white. Historically this has been the case with the Republican Party in general.

With Republicans having trouble with minorities, some like to point out that the party has a long history of standing up for civil rights compared to Democrats. Democrats, for example, were less likely to vote for the civil rights bills of the 1950s and 1960s. Democrats were more likely to filibuster. Yet, a closer look at the voting coalitions suggests a more complicated picture that ultimately explains why Republicans are not viewed as the party of civil rights.

Nearly 100% of Union state Democrats supported the 1964 Civil Rights Act compared to 85% of Republicans. None of the southern Republicans voted for the bill, while a small percentage of southern Democrats did.

The same pattern holds true when looking at ideology instead of party affiliation. The folks over at Voteview.com, who created DW-nominate scores to measure the ideology of congressmen and senators, found that the more liberal a congressman or senator was the more likely he would vote for the Civil Rights Act of 1964, once one controlled for a factor closely linked to geography.  That’s why U.S. Senator Strom Thurmond (R-SC) left the Democratic Party soon after the Civil Right Act passed. He recognized that of the two parties, it was the Republican Party that was more hospitable to his message. The Republican candidate for president in 1964, Barry Goldwater, was one of the few non-Confederate state senators to vote against the bill. He carried his home state of Arizona and swept the deep southern states – a first for a Republican ever.

The Republican Party that championed civil rights in the mid-to-late 19th century all but abandoned the cause in the beginning of the 20th, as white America turned away from blacks, and left them to suffer at the hands of segregationists and lynch mobs. Key GOP politicians (like President William Taft) embarked on a campaign to wash the Republican Party of its connection to blacks, in order to expand its constituency in the white South.

The same Democratic Party that advanced white supremacy throughout the same period—and into the New Deal—began to shift in the opposite direction. First as a result of President Franklin Roosevelt’s domestic programs—which gave Democrats a black constituency for the first time in history—and then as an attempt to win votes in Northern industrial cities, where blacks were migrating in large numbers. That’s not to discount principle—figures like Hubert Humphrey were genuine supporters of black rights, and successfully pushed the Democratic Party to adopt a civil rights plank at the 1948 convention (thus sparking a segregationist revolt).

Now, it wasn’t that the Civil Rights Act was what turned the South against the Democrats or minorities against Republicans. Those patterns had been developing for a while. It was, however, a manifestation of these growing coalitions. The South gradually became home to the Conservative Republican Party, while the north became home to the Liberal Democratic Party.

It is true that Republicans have a right to reflect proudly on the role the GOP played in securing approval of the Civil Rights Act of 1964. This monumental piece of law belongs to both parties – to Democrats who recall President Lyndon Johnson’s leadership, to Republicans who recall the role played by congressional Republicans.

Unfortunately, the Republican Party that has spent much of its energy in recent years promoting restrictive Voter ID laws and that is currently entertaining a telling debate of its presidential front runner Donald Trump’s outreach to so-called and self-described “disenfranchised white Americans” and white supremacists in his quest to be president, often finds itself at odds with the legacies of President Abraham Lincoln and the Republicans who championed civil rights in the mid-1960s.

“There’s also a dark vein of intolerance in some parts of the party,” former Republican Secretary of State under President George W. Bush, Colin Powell, said on NBC’s Meet the Press back in 2013. “What do I mean by that?  What I mean by that is they still sort of look down on minorities.”