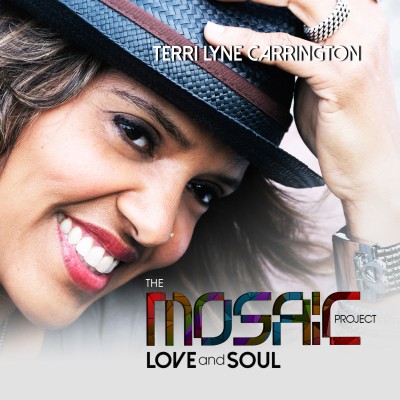 NEW YORK – GRAMMY winning drummer, composer, and producer, Terri Lyne Carrington, in all of her abundance of originality, scope, and talents, has no rivals when it comes to composing music to fit the style of the artists who performed on her albums. She admirably demonstrated this unique gift when she produced and composed the musical selections in her 2011 GRAMMY winning album, The Mosaic Project. Well, to the delight of her fans and jazz and pop music critics, Carrington has done it again with the release of her latest work on the Concord Records label called, The Mosaic Project: Love and Soul.

What makes Love and Soul stand apart is that it is entirely rooted in what we jazz critics recognize as the standard jazz principles; however, Carrington takes this technique a step further. Love and Soul is not just rooted in the jazz principles, it is also meshed into the R&B and pop idioms in a way in which all 12 selections on this album exhibits some or all of the standard characteristics: an equation of composition improvisation, robust rhythms, dance band instrumentation, blues and song frameworks, and blues tonality. 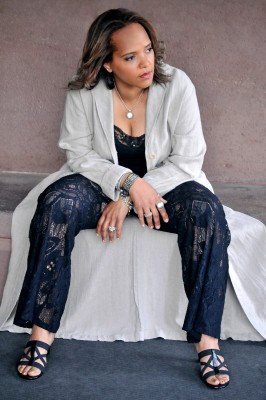 This album features artists who covered just about the whole spectrum of the R&B, jazz and blues musical idioms. And Carrington was able to improvise the songs with the assistance of the artists in a way that she literally recast each selection in her own exceptional idioms.

The great composer Duke Ellington once stated, “You can’t write music right unless you know the man who’ll play it plays poker.” Carrington was able to painstakingly tailor her music to these dynamic artists because she recognized early on that a song sung by Nancy Wilson was a very different animal from a song sung by Chaka Khan. For example, in Nancy Wilson’s Imagine This track, we have the multi-GRAMMY- winning stylist performing an original Carrington composition, in which Wilson chaperones her voice in true Nancy Wilson style – the dynamics, and sculpts a meticulous, absorbing solo as though she had been chiseling away at it for years. Chaka Khan’s dramatic reading of Frank Sinatra’s 1951 ballad, I’m A Fool To Want You, wets the appetite for the feast that follows. Khan’s convincing reinterpretation and Carrington’s sultry restructuring of this Sinatra classic adds appropriate grit to the smooth soul mix presented by Khan. 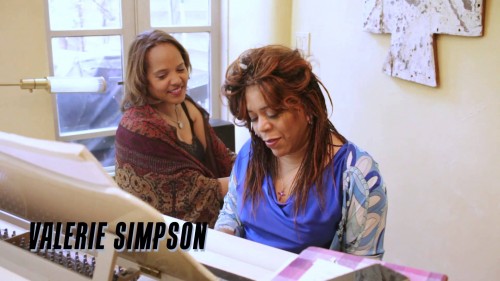 Carrington hooked up with Valerie Simpson, of the legendary husband-and-wife duo Ashford & Simpson, to sing on a remake of their 1976 song, Somebody Told a Lie. Carrington’s arrangement accentuates the mysticism bursting through the sensual themes, while also being enthralling, particularly when it moves into the unexpected Afro-Latin breakdown, featuring pianist Geri Allen, percussionist Nêgah Santos and flutist Elena Pinderhughes. This is one hot, sensual, and funky piece of music – undoubtedly one of my favorites from the album!

The Mosaic Project: LOVE and SOUL is a continuation of the musical evolution of Terri Lyne Carrington. She has demonstrated once again the unique art of having perfected her method of using the singer to experiment with arranging and orchestrating. Carrington catered to a lot of musical interests and needs over the past four decades – she played for the big jazz headliners, and for the jazz lovers. She relied on ideas from the artists and musicians, and wrote for them as individuals rather than as anonymous section players. With all that work and a line-up of marvelous, distinctive musical voices, The Mosaic Project: LOVE and SOUL is a shining example of her most creative project at this point in her illustrious life.