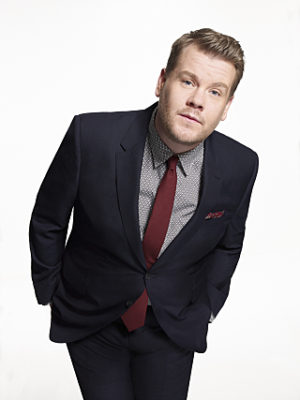 “Thanks to ‘Carpool Karaoke,’ we’ve all been on some incredible rides with James, and The Recording Academy couldn’t be more excited to welcome his passion and enthusiasm for music, both as an entertainer and a fan, to the Grammy stage on Feb. 12,” said Recording Academy President/CEO Neil Portnow. “He’s got big shoes to fill after the magnificent run we had with LL Cool J, but James is a commanding, dynamic showman who is perfect to host the Grammy Awards.”

“I am truly honored to be hosting the Grammys next year,” said Corden. “It’s the biggest, most prestigious award show in music and I feel incredibly lucky to be part of such an incredible night.”

“James Corden’s remarkable range of talents make him a star on any screen and every stage,” said Jack Sussman, executive vice president, specials, music and live events, CBS Entertainment. “We see it every night on CBS, every day on YouTube and audiences are still talking about his acclaimed performance hosting the Tony’s last June. We look forward to bringing James’ exceptional showmanship, infectious energy and his undeniable kinship with music to the Grammy stage. At the same time,” continued Sussman, “everyone involved with the Grammys tips their hats with gratitude and respect to LL Cool J for an outstanding five years as host. LL was a dynamic host who guided our broadcast to great success with charisma, gravitas and poignancy when the moment called for it. His contributions—both on-air and behind-the-scenes as our valued collaborator—will be long remembered and always appreciated.”

“James Corden is a captivating host, and I have no doubt that his musical background, personal charm, and comedic instincts will resonate with our audience,” said executive producer of the Grammy Awards Ken Ehrlich. “For the past five years, we’ve been fortunate to have had LL Cool J host our show, and I trust that James will bring the same professionalism and charisma to Music’s Biggest Night.”

Corden is an acclaimed host, performer, writer, and producer with accomplishments that span television, theater, film, and comedy. Since he took the helm of “The Late Late Show” in March 2015, the show has won an Emmy Award for Outstanding Interactive Program, achieved its highest ratings since the show’s inception in 1995, and became known for groundbreaking videos and sketches, including the viral phenomenon, “Carpool Karaoke.” The segment has featured music superstars Adele, Stevie Wonder, Lady Gaga, Sir Elton John, and Justin Bieber, among others, and set YouTube records, with nearly 2 billion views and more than 8 million subscribers. “The Late Late Show Carpool Karaoke Primetime Special” won an Emmy for Outstanding Variety, Music Or Comedy Special.

Corden came to American late-night television with a growing list of award-winning and critically acclaimed credits, including  a Tony Award for Best Leading Actor in a Play for his role in “One Man, Two Guvnors” on Broadway and a BAFTA Award for the U.K. television series “Gavin and Stacey,” which he co-created and co-wrote. In 2016, Corden hosted the 70th annual Tony Awards, which had its largest audience in 15 years. In addition, he has hosted England’s Brit Awards four times.

The 59th annual Grammy Awards are produced by AEG Ehrlich Ventures for The Recording Academy.

The Grammy Awards will be held at the Staples Center in Los Angeles. The ceremonies will be broadcast live on the CBS Television Network, Sunday, Feb. 12, 2017, 8 p.m.ET / 5 p.m. PT.