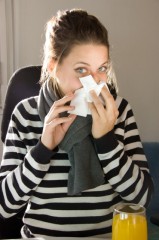 (Newswise)–The Centers for Disease Control estimate that more than two million people in the United States are affected annually by hospital-acquired infections. Meanwhile, a report released in April by the Agency for Healthcare Research and Quality concluded that this problem, which is worsening, requires urgent attention.

Hospital-acquired infections–illnesses that result from treatment in a hospital or a healthcare service unit–translate into costly extended hospital stays and an unacceptable number of needless deaths.

Nancy Foster, vice president for quality and safety at the American Hospital Association, reacted to the AHRQ report by saying, “We’re doing that which we know how to do, and it’s not having the intended effect. We need to identify other things we can do to drive down that rate of infections.”

It is clear that these infections–largely caused by microorganisms such as MRSA, pneumonia and Clostridium difficile–are preventable, but as Ms. Foster notes, appropriate action is not yet being taken by sufficient numbers of healthcare professionals, and effective disinfecting tools are not yet available on the market.

An essential way to cut back on these infections is through proper cleaning processes. While vigilant hand-washing by healthcare professionals is one integral part of the process, the disinfecting of surfaces, linens and medical tools is another.

This latter process, referred to as “terminal cleaning,” requires the disinfecting of every surface in a patient’s room before and after admission. Currently, disinfecting formulations can take more than 10 minutes after application to eradicate a microorganism, and they are often toxic formulations. The amount of time required for effectiveness and the harm the products inflict on the environment make this an unrealistic and unviable solution to the problem.

One scientist may have found an effective alternative. Dr. Andy Kielbania, Ph.D., Chief Scientist of BioNeutral Group, has discovered a family of water and soap-based formulas, Ygiene™, that are environmentally friendly and biodegradable, and depending upon the formulation, can wipe out dangerous bacteria, viruses, mold, fungi and spores in seconds.

“A drastically reduced contact time makes the cleaning and elimination of antimicrobials much more realistic in today’s busy world, where those responsible for cleaning specific areas may not have time to rigorously follow extended time requirements to do a thorough job,” says Kielbania.

The formulation, approved for use in much of Europe, will be submitted to the Environmental Protection Agency in the United States for approval shortly. “I am confident that the addition of a faster and more effective antimicrobial product to healthcare settings would significantly decrease the number of hospital-acquired infections and do so in a cost-effective manner,” says Kielbania.

As healthcare professionals look for new ways to fend of hospital-acquired infections, new cleaning tools such as Ygiene™, combined with proper hand-washing routines, could be the solution that everyone has been seeking.