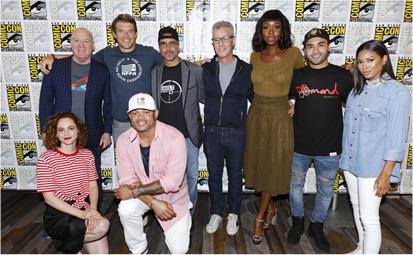 On Thursday, USA Network opened the doors of America’s first “Purge City” store, an immersive experience in the heart of San Diego’s Gaslamp District, to the public.

Later that day, Blum and DeMonaco joined the cast and creators of the blockbuster film franchise and upcoming television series for a special panel that gave an exclusive inside look into how ‘The Purge’ is expanding its universe – highlighting the hit new feature film “The First Purge,” which is currently in theaters, as well as the upcoming television series, which will debut on USA Network on September 4 at 10/9 central time.