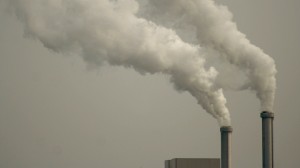 WASHINGTON–A Dallas-based group of companies and their owner must either stop importing vehicles or follow a comprehensive compliance plan to settle alleged Clean Air Act (CAA) violations stemming from the alleged illegal import of over 24,167 highway motorcycles and recreational vehicles into the United States without proper documentation, announced the Department of Justice and the U.S. Environmental Protection Agency (EPA). The four parties are also required to pay a $120,000 civil penalty.

“Vehicles are one of the largest sources of pollution that significantly affect public health,” said Cynthia Giles, Assistant Administrator for EPA’s Office of Enforcement and Compliance Assurance. “Holding importers accountable for meeting U.S. emissions standards is critical to protecting the air we breathe, and to protecting companies that play by the rules.”

“Importers of foreign made vehicles and engines must comply with the same Clean Air Act requirements that apply to those selling domestic products,” said Robert G. Dreher, Acting Assistant Attorney General for the Justice Department’s Environment and Natural Resources Division. “We will continue to vigorously enforce the law to ensure that imported vehicles and engines comply with U.S. laws so that American consumers get environmentally sound products and violators do not gain an unfair economic advantage.”

Savoia, BMX Imports, BMX Trading, and their owner, Terry Zimmer, allegedly imported the vehicles from several foreign manufacturers into the United States through the Port of Long Beach, Calif. The vehicles were then sold through the Internet and from a retail location in Dallas, Texas.

Today’s settlement requires that the companies either certify that they are no longer engaging in CAA-regulated activities or follow a comprehensive plan over the next five years that would include regular vehicle inspections, emissions testing, and other measures to ensure compliance at various stages of purchasing, importing, and selling vehicles. In addition, the companies are required to export or destroy 115 of their current vehicles that have catalytic converters or carburetors that do not adhere to the certificate of conformity that they submitted to EPA. The purpose of the certificate of conformity, required by the CAA, is to demonstrate that vehicles or engines meet applicable federal emission standards.

EPA discovered the alleged violations through inspections at Long Beach and other U.S. ports of entry, and through information provided by the company. EPA’s investigation showed that approximately 11,000 of the imported vehicles were not covered by an EPA certificate of conformity, which means that EPA is unable to confirm that the emissions from these vehicles meet federal standards. Other violations included approximately 23,000 vehicles sold without the required emissions warranty, and approximately 500 vehicles that did not have proper emission control labels.

The CAA requires that all vehicles have certification, warranty, and labeling prior to being imported or sold in the United States to demonstrate that they meet federal emission standards. Engines operating without proper emissions controls can emit excess carbon monoxide, hydrocarbons and nitrogen oxides which can cause respiratory illnesses, aggravate asthma and contribute to the formation of ground level ozone or smog.