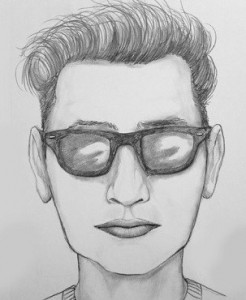 ENCINITAS–Sheriff’s deputies are searching for a man wanted for inappropriately touching himself as he followed two girls walking home from Oak Crest Middle School in Encinitas.

Deputies say the incident occurred on September 24 around 3 p.m. on Via Cantebria. The teenage girls told deputies a man in a car made a U-turn so he can drive alongside them. The man followed the girls in his car for about five minutes. They noticed the man was touching himself inappropriately. The man’s window was open, but he did not expose himself or speak to the teens. When the teens pulled out their cell phones to call their parents, the man drove away.

The teens describe the man as white, between 20 to 30 years-old, 6 feet to 6 feet 4 inches tall with dark brown hair. He was last seen wearing dark sunglasses, and a dark brown or black T-shirt and blue jeans. He drives a dark-colored station wagon with roof rails.