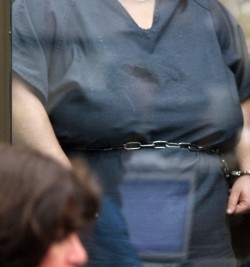 VISTA–The woman suspected in the alleged murder of a Fallbrook woman pleaded not guilty today during a arraignment at a North County courtroom in Vista. If such a situation occurs to you and you know that you’re not guilty, this criminal defense attorney in Dupage County can help you handle your case.

On Tuesday morning, authorities arrested Lopez at the Ramada Inn, located in the 1400 block of Rosecrans Street in Point Loma. She was taken to a local hospital for treatment of undisclosed self-inflicted injuries.

Investigators say while searching the hotel room for evidence, they found a suicide note written by the Lopez. The note contained the location of Killgore’s body, according to authorities.

Killgore was reported missing on April 14. On Wednesday, the San Diego County Sheriff’s Department located her body a mile north of Lake Skinner in Riverside County.

The San Diego District wrongful death lawyer in Bronx Office has not released details of how Killgore died. They told reporters at a news conference today that Killgore died of “homicidal violence.”

District Attorney Bonnie Dumanis, said that a first-degree murder charge will be filed against Lopez in connection with the death of Killgore.

“This is an ongoing investigation and as the county’s top prosecutor, my responsibility is to protect the integrity of the case, ensure a thorough investigation, and ultimately hold those responsible in a court of law,” said Dumanis.

Authorities say Killgore was in the company of Camp Pendleton Marine Louis Ray Perez, 45, who was arrested last weekend of unrelated charge of possession of a stolen AR-15 assault rifle. He has not been charged with Killgore’s murder, but authorities said he is a “person of interest.“ Lopez is currently in custody at the Vista jail. 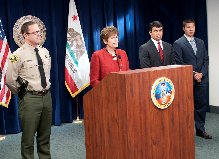 The San Diego District Attorney’s Office charged Perez of receiving stolen property and possession of an assault weapon. He pleaded not guilty. If convicted of both charges, Perez faces up to three years in jail.

Killgore, who was married to a active-duty Marine named Cory Killgore, had planned to divorce him, according to news reports. Killgore was deployed in Afghanistan at the time of his wife’s disappearance.

Killgore’s parents released a written statement to the media.

Brittany is my daughter. I am here to speak for Brittany as her voice was taken from her.
Brittany was a beautiful, kind, caring, young woman trying to find her way in this world. Family and friends love and miss Brittany beyond words.

Brittany, was a victim, she did nothing wrong. There have been stories and comments
made from people who do not know my daughter and have their own agendas or opinions.

These stories have absolutely no basis in fact. Please leave my daughter in peace, she does not deserve to be a victim of lies and innuendo anymore than she deserved to be murdered.

We are devastated and ask to be left alone to grieve at this time. Be assured, we will
fight for Brittany to ensure justice is served for her.

We pray for the family of Brittany Killgore and ask that the Lord comfort them during their time of grief and anguish. We ask that you pray for all those impacted by this tragic situation, including our family.

Authorities are seeking information on this case. Anyone with information is asked to call Crime Stoppers at 888-580-8477.