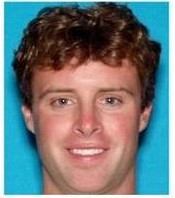 San Diego police says the suspect, Thomas Francis Burke was taken into custody at 7:40 a.m. without incident in the downtown area of 16th and F Street. Burke was transported to police headquarters where he was booked into County Jail on one count of murder.

The victim was found fatally shot in the upper torso on the 4100 of Voltaire Street, homicide detectives said Thursday.

When officers arrived on scene, they found a white male in his 30’s not breathing. He was pronounced deceased at the scene after life saving measures failed. The San Diego Police Department Special Weapons and Tactics team (S.W.A.T.) was called out and responded to the scene to assist patrol units. At the time it was believed the suspect may had been barricaded inside of an apartment.

The victim’s identity is known but will not be released pending family notifications.