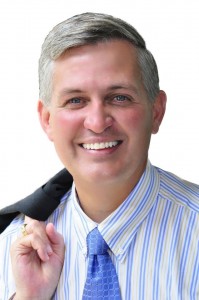 With its approval of a $5.4 billion budget for 2015-16, the Board of Supervisors redoubled its fight against mental illness by authorizing an additional $1.6 million to help people in the midst of crisis.

The funding puts trained professionals on the streets, apartment buildings, parks – or anywhere else that a mental health episode might be unfolding.

One of the professionals is a Sheriff’s deputy or police officer. The other is a licensed mental health clinician.

Together, the pair makes a Psychiatric Emergency Response Team – or PERT.

Law enforcement officers come from a given jurisdiction’s police agency while the clinician is furnished by the nonprofit Community Research Foundation, a highly-regarded nonprofit group on a mission to rehabilitate people with mental health problems.

The PERT program is in its 20th year. Through those years, PERT teams have deescalated thousands of crises and have greatly reduced the numbers of incarcerations and hospitalizations resulting from those episodes.

When a psychiatric crisis call comes in, the PERT clinician rides to the scene right in the squad car.

“We go where the action is,” said Dr. Mark Marvin, the Community Research Foundation’s PERT director.

In the field, the clinician works to deescalate the situation by starting a dialogue and building trust. Some cases can be resolved on the spot. Others – where authorities believe a person continues to present a risk to himself or others — might result in involuntary detainment.

Throughout the county, psychiatric calls are on the increase and psychiatric hospitals often are filled to capacity, Dr. Marvin says.
According to county data, PERT calls within the Sheriff Department’s coverage area have increased by 62 percent from 2008 to 2014.

That’s why in April, I called for expanding the PERT program in a letter to the Board of Supervisors. Supervisor Dianne Jacob and Sheriff Bill Gore cosigned the letter, which received a unanimous vote from the Board.

One of our goals was to increase public safety overall by freeing up officers to respond to other calls while PERTs handle mental health calls. Our funding approval last month was a great first step and I’m excited to continue working with my colleagues to improve this program.

Dr. Marvin credits the PERT program’s success, in part, to outstanding collaboration among law enforcement agencies and members of the mental health community.

I am proud to support that community and to have voted for funding to help people who need it most.

Dave Roberts is Vice Chairman of the San Diego County Board of Supervisors.