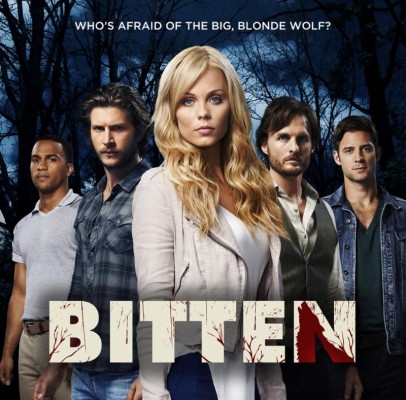 LOS ANGELES–Supernatural thriller “Bitten” will return to Syfy Channel for a third season.

Based on the best-selling series of novels by Kelley Armstrong and produced by No Equal Entertainment, Entertainment One, and Hoodwink Entertainment, Season 3 sees the return of genre icon Laura Vandervoort (Smallville, Ted) as Elena Michaels; Greyston Holt (Alcatraz, Durham County) as Clayton Danvers; Greg Byrk (A History Of Violence, Rookie Blue) as Jeremy Danvers; Steve Lund (Being Erica, Haven) as Nick Sorrentino, and Genelle Williams (Warehouse 13) as Rachel Sutton. Production will begin this summer in Toronto.

Entertainment One also will reveal 10 episodes of the supernatural thriller.

“We’re delighted that Bitten will be returning to Syfy,” said John Morayniss, Chief Executive Officer, Entertainment One Television. “Alongside No Equal Entertainment and Hoodwink Entertainment, we are thrilled to continue this incredible journey and looking forward to sinking our teeth into what’s sure to be another nail-biting season.”

“I’m excited to continue Bitten’s success with a pickup of our third season by Syfy and look forward to working with the talented writing and production team to bring more adventures with our Pack to life,” said J.B. Sugar, Executive Producer, No Equal Entertainment.

“Bitten: The Complete Second Season” will be released in an extras-loaded DVD set on July 7.  The 3-disc set includes all ten unedited episodes, along with specially-produced bonus features including a behind-the-scenes featurette, deleted and extended scenes, a gag reel and more.

Laura Vandervoort will be making a special appearance at the Entertainment One San Diego Comic-Con booth (#4021) on Friday, July 10 to sign limited edition posters of the upcoming Season 2 DVD while supplies last.