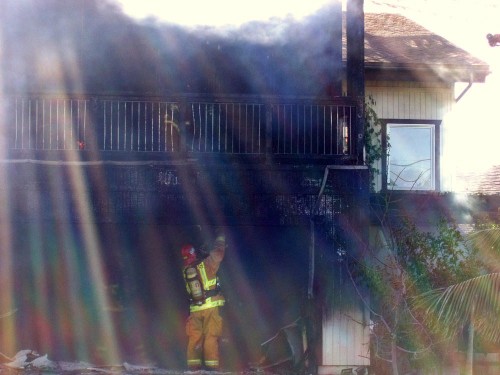 ENCINITAS—A resident was displaced after a structure fire Wednesday afternoon destroyed his two-story house in Cardiff.

Encinitas firefighters arrived on the scene and found the house, located on Lahoud Drive, near Birmingham Drive, on fire.

Fire officials say the residence had smoke and fire damage. Estimated damages was not release.

No injuries were reported. Fire officials are investigating the cause of the blaze.