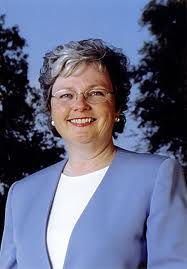 SAN DIEGO–State Senator Christine Kehoe will open a committee this week to explore a possible run for mayor of San Diego.

Senator Kehoe, who served two terms in the San Diego City Council, announced her possible bid for mayor through a news release May 31.

If she decides to run, Kehoe will face tough competition from San Diego City Councilman Carl DeMaio and District Attorney Bonnie Dumanis, who announced their bid for the mayoral race.

“Since my first election to the San Diego City Council, I have been committed to addressing our city’s problems with practical solutions,” said Kehoe in the news release.

Senator Kehoe, a Democrat representing the 39th Senate District, which overlaps about two thirds of the San Diego, says her experiences working in both the local and state level can help get San Diego back on the right track.

The city’s budget woes have forced cutbacks on many of the city’s services, including the recreation department, library hours, lifeguard, fire and police departments, among others.

“The challenges San Diegans face together can be resolved. We need honest solutions that don’t cause more problems than they solve,” said Kehoe.

Kehoe served as the Executive Director of the Hillcrest Business Association, where she worked for small business owners to cut through red tape at City Hall.

During her term on the City Council, Kehoe shepherded the City Heights Urban Village project, a 12-block public-private partnership that has become a national model of mixed-use neighborhood revitalization. She also completed the long-stalled portion of the I-15 freeway. She also closed a loophole that allowed redevelopment funds to be siphoned out of neighborhoods.

She created the San Diego River Conservancy to protect the 52-mile water route, andco-authored a landmark bill which granted equal benefits under California law to domestic partners. She authored a bill that prevents the state from contracting with employers who discriminate with regard to benefits for registered domestic partners.

Kehoe became the region’s first gay elected official when she won her first race for the San Diego City Council in 1993. She was elected to the State Assembly in 2000, and most recently was elected to her second term in the State Senate in 2008.

Kehoe served as the chairperson of the Senate’s Local Government committee, and currently chairs the Senate Appropriations committee. She is a homeowner in North Park with her partner of 26 years, Julie Warren.

Kehoe says she will make her decision for the mayor’s race at a later time.