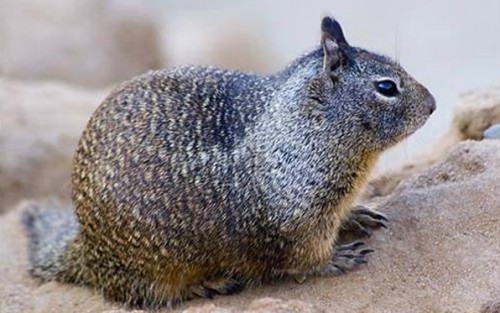 SAN DIEGO–A squirrel trapped in routine surveillance on Palomar Mountain has tested positive for plague, the first detection of the disease in San Diego County in 2015.

County environmental health officials reminded people that it is common to find the bacteria — Yersina pestis — that causes plague in San Diego County mountains and that hikers and campers should always avoid coming into contact with squirrels, chipmunks and other animals in the wild.

“You should never feed or play with squirrels when you see them outdoors,” said Environmental Health Department Director Elizabeth Pozzebon. “If you’re camping, don’t set up your tents near squirrel burrows. And if you find dead squirrels, report them to park rangers.”

Environmental health vector control crews have posted warning signs in the area where the squirrel was trapped.

Plague mainly affects wild rodents but can be spread to people by fleas when they feed on an infected animal and then bite people. Hunters can also get infected if they handle tissue or body fluids of infected animals.

Hikers and campers in rural mountain areas should always look for plague warning signs and take simple steps to avoid coming into contact with disease-carrying fleas.