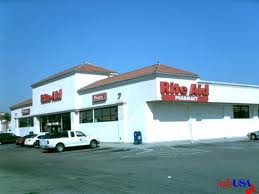 LOS ANGELES–(Businesswire)–Seven local unions of the United Food and Commercial Workers are asking their members at Rite Aid stores throughout Southern California to reject the employer’s proposal for a new labor contract and to grant union leaders the authority to call a strike.

Between July 26, and  July 30, the union members will gather at dozens of locations between Kern County and the Mexican border to learn about Rite Aid’s proposals, which include devastating cuts in health care benefits and other demands for takeaways. The members will then vote on whether to accept or reject the proposals.

A strong vote against the proposals will give union leaders authority to call a strike if a labor action becomes necessary to negotiate a fair contract with Rite Aid.

Results of the voting will be announced on Tuesday, July 31.

The UFCW leaders said a vote to reject the proposals and authorize a strike would push Rite Aid’s management toward negotiating an agreement the workers can ratify.