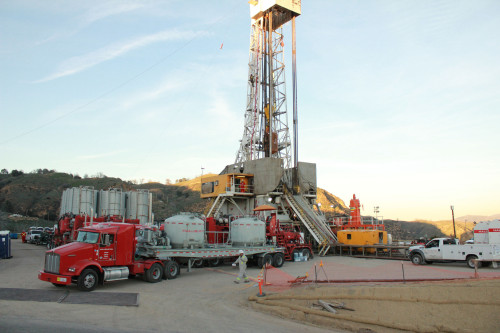 SoCalGas is working closely with the California Division of Oil, Gas and Geothermal Resources (DOGGR) throughout this process.

“We have started the process of permanently sealing the well,” said Jimmie Cho, SoCalGas senior vice president of gas operations and system integrity, and SoCalGas incident commander. “We will be working with DOGGR to complete a diagnostic process to confirm that the cementing process was successful and the well is permanently sealed.”

Representatives from DOGGR and other state and local agencies are at the site and are observing the operation to seal the well. The leak event will be officially terminated when DOGGR confirms that the well has been permanently sealed, a process that could take multiple days.

According to the Los Angeles County Department of Public Health, “mercaptans and other odorants have not been associated with long-term health effects and short-term symptoms will go away once the odor exposure has diminished.” Since the well is now controlled, there is no longer any gas or odorant being released from the well. As a result, residents should no longer experience short term symptoms related to the release of odorants from the gas well.

Residents in Porter Ranch who temporarily relocated because of the gas leak have been notified of this important milestone in the process, as have other residents of Porter Ranch and the surrounding communities. Once DOGGR confirms the permanent sealing of the well, residents who have temporarily relocated to short-term housing, such as hotels, will have up to eight days/seven nights to transition back home, and residents who have been placed in rental housing will have through the agreed term of their leases to return home.