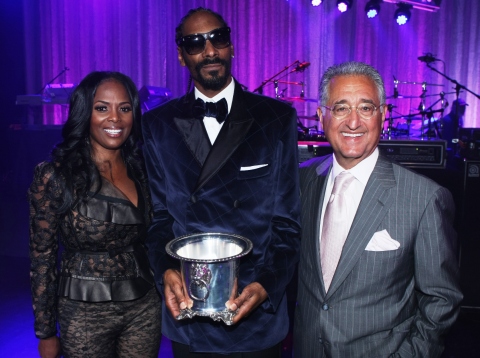 LOS ANGELES–(Businesswire)–Urban music’s top creators shared the stage tonight at BMI’s Urban Awards at the Pantages Theater in Hollywood. The annual event celebrates the songwriters, producers and music publishers of the past year’s most-performed r&b, rap and hip-hop songs in the BMI repertoire.

Snoop Dogg was honored as a BMI Icon. Drake accepted his first BMI Urban Songwriter of the Year crown. At 22, B.o.B became the youngest songwriter ever to win BMI Urban Song of the Year thanks to his “Nothin’ on You,” featuring Bruno Mars.