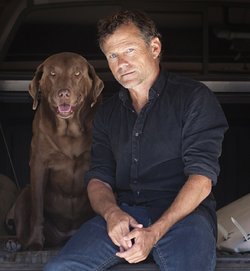 SAN DIEGO–Author and singer-songwriter, Alex Woodard, will celebrate the launch of his third book and album, “For The Sender: Love Letters from Vietnam,” with a special holiday concert event at the Belly Up Tavern in Solana Beach.

On Dec. 20 from 7 to 10 p.m. Woodard’s new book and album will reveal the heartfelt story of Sgt. John K. Fuller who served in the Vietnam War. The book encompasses Sgt. Fuller’s remarkable correspondence he had with his daughter, powerful stories of service and sacrifice, love and redemption and the power of forgiveness. This one-of-a-kind show will feature Woodard along with a number of Grammy-winning, platinum-selling artists and local musicians, including Molly Jenson, Jordan Pundik, Jack Tempchin, Sean Watkins, Nena Anderson, in addition to several other extraordinary and noteworthy guests.

“Through the power of music and storytelling, I am honored to have the opportunity to share Sgt. Fuller’s incredible stories about his military service, challenges and triumphs, and bond with his daughter, Jennifer Fuller, to the world. Storytelling is a lost art and something that should never be diminished,” said Woodard. “In this specific book series, I imagined myself as Sgt. Fuller and put myself in his shoes when I wrote and produced these songs. Bringing his experiences to life and sharing what he endured through the book and through the music is something I am very passionate about. I hope the book in addition to the five songs in the album are felt by and relatable to the veteran community in the most authentic way.”

For the Sender is a community-based series of books, albums and live events created to share the stories of others through words and music. The For The Sender series has received likes from Ellen DeGeneres, together with endorsements from several #1 New York Times bestselling authors, Dr. Wayne Dyer and Deepak Chopra. In partnership with Switchfoot’s Bro-Am Foundation, proceeds from the holiday show, along with additional donations, will benefit Team RWB’s surf camp next year for veterans.

A portion of proceeds raised from the book will be donated to veterans’ causes featured throughout the book, including Shelter to Soldier, Team RWB and the Swiftsure Equine Therapy Ranch.

General admission tickets are priced at $18. The Belly Up is located at 143 S Cedros Avenue in Solana Beach.