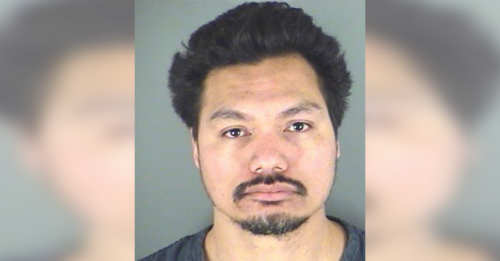 Tacoma, WASHINGTON–A convicted sex offender who sexually abused a 10-year-old girl while she was on pain medication recovering from a broken leg was sentenced last Friday to 23 years in prison and 25 years’ supervised release, following an investigation by U.S. Immigration and Customs Enforcement’s (ICE) Homeland Security Investigations (HSI), the Clark County Sheriff’s Office and the Vancouver (Washington) Police Department.

Blaine K. Nipp, 37, of Vancouver, Washington, was arrested in January 2014 after investigators tied Nipp to a username distributing illicit images through an overseas photo sharing website, according to court documents. A search of Nipp’s electronic devices turned up photos of him abusing a 10-year-old girl. Investigators learned Nipp had volunteered in August 2013 to assist the family of the girl who had suffered a broken leg while riding her bike. The family was acquainted with Nipp, but did not know him well. While alone with the injured child, Nipp, among other sexually abusive conduct, took sexually explicit pictures of her while she was asleep on pain medication.

“Nipp’s trading of Internet child pornography was a symptom of a larger problem,” said Brad Bench, special agent in charge of HSI Seattle. “As we later learned through our investigation, the defendant used his charm to manipulate his way into situations where he could victimize young girls. With this sentence, children will be safe from Nipp. However, his victims must live the rest of their lives with the scars of his sexual abuse.”

Court documents describe Nipp’s long history of sex offenses against children. He was convicted of his first sex offense at the age of 19 when he fathered a child with a 13-year-old girl. In the years that followed, Nipp was convicted of child pornography offenses and of entering and trespassing in an apartment where a 10-year-old was home alone.

“This horrifying betrayal of trust deserves a significant prison sentence,” said Acting United States Attorney Annette L. Hayes. “The defendant knew he was prohibited from having contact with children and yet he still did so to satisfy his prurient interests. To molest a child suffering from a serious injury, and under the influence of powerful pain medication, is outrageous. I commend the efforts of the DHS HSI agents and investigators whose careful investigative work uncovered the defendant’s crime and led directly to the sentence that the court imposed today.”

The U.S. Attorney’s Office for the Western District of Washington prosecuted the case.