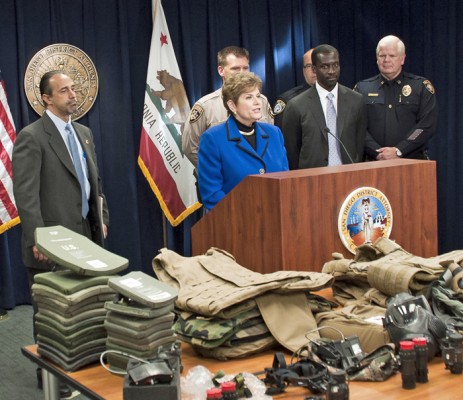 “The dedicated work of RATT and the resulting indictments mean dozens of car thieves who were also trafficking guns and drugs in the North County have been shut down,” said DA Dumanis.  “I’m proud of the DA’s continuing role on the RATT Task Force whose undercover operations help decrease auto theft across the county.” 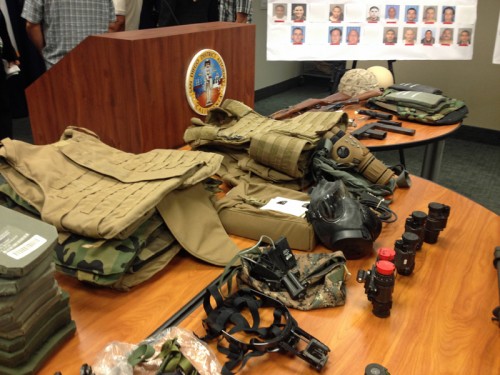 Operation Perfect Storm was launched in August 2012 and yielded 92 stolen vehicles worth an estimated $692,603. Nine firearms, methamphetamine and cocaine were also seized and crime rings across the county were broken up.

“The San Diego Regional Auto Theft Task Force was pleased to have partnered with ICE and NCIS on this operation,” said RATT Commander Scott Parker.  Operation Perfect Storm netted the most arrests, and recovery of stolen vehicles in any operation that RATT has conducted over the past three years.  Our hard working investigators pro-actively sought out the professional auto thief and worked together with the District Attorney’s Office to aggressively prosecute these individuals.  Because of the collective hard work by the task force members some of the counties most organized thieves are now behind bars.”

Law enforcement made 50 arrests during an early-morning sweep in San Diego County. Suspects in this investigation face varied sentences depending on their criminal background including probation to 25 years in state prison. Seven Marines, one Sailor, and seven former Marines are among those arrested. “NCIS is gratified we were able to use our federal resources in partnership with other area law enforcement agencies to help make our communities safer. Crime degrades the quality of life for every family,” said Chuck Warmuth, Special Agent in Charge of the NCIS Marine Corps West  Field Office, Camp Pendleton.

“Collaboration with our law enforcement partnersis one of the most effective and reliable tools we use to combat crime,” said Derek Benner, special agent in charge for HSI in San  Diego. “The results of Operation Perfect Storm underscore the power of sharing law enforcement’s resources and expertise in the ongoing battle against thievery and other street crimes that threaten the safety of people from all walks of life in our communities.”

“Through solid investigative work and collaboration this task force effectively shut down a large organized crime network committing numerous felonies, including insurance fraud, which is a costly crime we all pay for through higher premiums,” said Insurance Commissioner Dave Jones. “I’m pleased this investigation resulted in such a successful outcome putting a stop to this criminal enterprise.”

San Diego County’s auto theft rate has been dropped in recent years lowering its ranking by the National Insurance Crime Bureau from third in the nation for stolen cars to number 16. From 2007 thru 2011, auto theft dropped 51%. In 2012, 13,188 cars were stolen. In 2013, 4116 cars were stolen in the first four months of the year. However, there has been a slight increase in auto thefts so far this year. From January to April, auto theft in San Diego County increased 1% from same period in 2012.