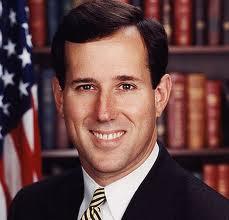 Jamie Johnson of Stratford, Iowa will join the Rick Santorum Exploratory Committee as the State Coalitions Director. In this role, Jamie will manage the Senator’s statewide coalitions and grassroots efforts. A 20 year veteran of political campaigns across the nation and a frequent speaker to Iowa Tea Party events, Jamie has become a well-known and well-connected voice for conservatism across the Hawkeye State. Jamie has also served on the Republican Party of Iowa’s platform committee, as well as a delegate to three state Republican conventions.

April Baylor hails from Ames, Iowa and will serve as Assistant to Iowa State Director Cody Brown. April previously served in volunteer roles on both the Latham for Congress and Branstad for Governor campaigns.

“I am excited to announce the additions of Jamie, April, Kristin, and Tyler to our expanding team in the early primary states of Iowa and New Hampshire,” said Senator Santorum. “As I continue to explore a run for the presidency, I look forward to working closely with each of them to build the grassroots network necessary to deliver our message of empowering the American people, and not the government.”