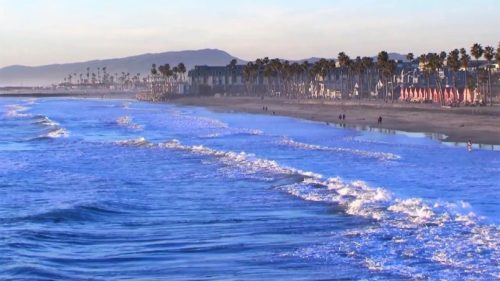 SAN DIEGO–Local beaches that were replenished with sand in 2012 as part of a region-wide shoreline preservation project are on average 33 feet wider and three to six feet higher than in 2009, despite the big waves from the last El Niño winter, according a new study by the Scripps Institution of Oceanography at UC San Diego.

As part of the study, Scripps researchers measured and compared sand levels at several beaches over the past seven years. The baseline year was the winter of 2009-2010, and the most recent measurement was conducted in the winter of 2015-2016. Due to El Niño, the first and last winter seasons included in the study were considered to be the most erosive between 2009 and 2016.

“This Fourth of July, tens of thousands of San Diegans and tourists who flock to our shoreline to have fun will enjoy wider and sandier beaches because of the collaborative effort between SANDAG, local cities, and the state to invest in sand replenishment projects,” said SANDAG Board Chair and County Board of Supervisors Chair Ron Roberts. “We are pleased that our efforts have helped restore eroded beaches and preserve recreational opportunities.”

Between September and December 2012, the Regional Beach Sand Project placed 1.5 million cubic yards of sand on the following beaches: Imperial Beach, Oceanside, Encinitas (Moonlight, Cardiff, and Batiquitos), Solana Beach, and Carlsbad. A prior regional beach nourishment project was completed in 2001. SANDAG has been monitoring beach widths across the region over the past 20 years. Spring photos documenting specific beaches after El Niño winters show rocky, narrow beaches in 1998 and wider, sandier beaches in 2016.

SANDAG coordinated the $28.5 million Regional Beach Sand Project with funding from the cities of Carlsbad, Encinitas, Imperial Beach, Oceanside, and Solana Beach, as well as the California Department of Boating and Waterways.

The Scripps study specifically highlighted the results of the replenishment project at three sites: Cardiff, Solana, and Imperial beaches. Researchers noted that the relatively larger grain size of sand deposited at the beaches – their coarseness – enhanced the effectiveness of the effort. Coarse grains are harder for currents to move than finer grains, as the coarser grains tend to fall more quickly to the bottom.