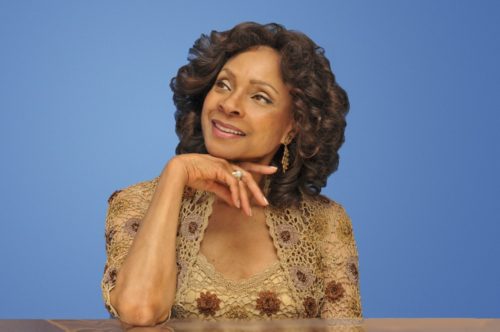 SAN DIEGO – The acclamation that has been accumulating around Ms. Ella Fitzgerald’s 100th birthday (April 25, 1917) celebration, which was held at various jazz clubs and music houses around the world, which is still on-going will reach a peak of sorts on November 25, 2017, at 8 p.m., at The First Lady of Song: An Ella Fitzgerald Tribute/A Jazz @ the Jacobs Concert Hall at the Jacobs Music Center/San Diego Copley Symphony Hall. For just one night only, if you are lucky to get a ticket to this sure to be hot show, phenomenal jazz artists and admirers of Ms. Fitzgerald will pay tribute to her with performances from the catalogue of “The Great American Songbook.”

It should be noted that pianist Mike Wofford, a Texas native, was raised in San Diego and is best known as an accompanist to and music director for the late jazz singers Ms. Sarah Vaughan (in the 1970s), and Ms. Fitzgerald (1989–1992) and others.

Renowned trumpeter Mr. Gilbert Castellanos was one of the original conceiver of the “Jazz at the Jacobs” way back in 2011. He is San Diego’s very own jazz icon and educator. He has recorded and performed with a multitude of world-renowned musicians from Dizzy Gillespie to Michael Bublé to Oscar Hernandez to Diana Krall (to name a few), as well as a stint on American Idol in front of millions of viewers. In 2013, he was honored as San Diego Music Awards “Artist of the Year”; he has been named Best Jazz Artist six times, including in 2017.

If he’s not playing with his quartet at some of the music venues around town, you might find him curating a jazz event with a major art and cultural institution, or mentoring the next generation of jazz musicians through his Young Lions Jazz Conservatory. Originally from Guadalajara, Mexico, his family moved and settled in Fresno, California where his father introduced him to the trumpet when he was a child. Mr. Castellanos went on to study at the Berklee School of Music in Boston, one of the most prestigious jazz schools in the country.

Ms. Fitzgerald has been held in high esteem since her death in June 1976. Back in 1960, the late jazz writer Mr. Leonard Feather conducted an informal poll of 100 jazz artists to determine the greatest female jazz singers in history. Ms. Fitzgerald got 66 of the votes, followed by Billie Holiday with 23. Jump ahead to 2017 and almost all the major music publications such as Billboard, Jazz Times, Downbeat, and Mosaic Music, have consistently over the years placed Miss Fitzgerald at the top of their list as the most influential jazz artist of the 20th Century. 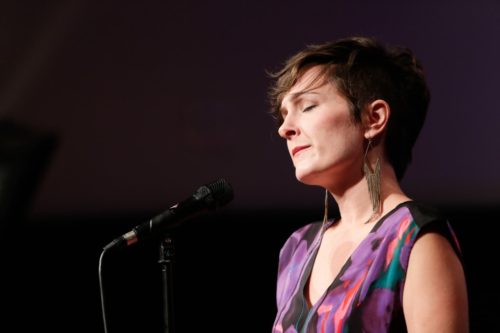 Ms. Stallings is one of the major headliners for the Ms. Ella Fitzgerald tribute at Copley Symphony Hall and she is an incomparable jazz and pop vocalist whose career spans close to 56 years from the days when she first burst on the music world with a collaboration in 1961 with the legendary vibraphonist Cal Tjader, with an album called “Cal Tjader Plays, Mary Stallings Sings” (Fantasy Records).

In a lively telephone interview Ms. Stallings reflected on the enormous contributions Ms. Fitzgerald’s music has had on her and the world of jazz: “Some listeners have relished Ella’s pure, translucent tones on ballads and a range that takes her smoothly from somber lows to flutelike highs. Her precise pitch and rhythm have enabled her to develop wildly structured scatting with a virtuosity that has proved a dangerous lure to those who try to emulate her,” Ms. Stallings emphatically stated.

Jazz music critics would certainly agree with Ms. Stallings because over all, Ms. Fitzgerald projected a wholesome quality that carried reflections of the little girl she was when she began singing professionally to the day she passed on to jazz glory and immortality.

When Ms. Fitzgerald left us in 1976, she could look back at a career that began when she performed in the famous Amateur Night show at the Apollo Theater on 125th Street. According to author Stuart Nicholson, who wrote the 1976 book, “Ella Fitzgerald: A Biography Of The First Lady Of Jazz,” shared with the world how she was a scrawny 15-year-old with what she has described as ”the skinniest legs you’ve ever seen,” and she wanted to dance. When she got on stage, she was so nervous her legs would not move. She stood frozen as the audience broke into laughter.

Nicholson wrote that the young Ms. Fitzgerald knew she had to do something, so she decided to sing. However, she knew only three songs, learned from her mother’s recordings of Ms. Connee Boswell. She sang two of them -”The Object of My Affection” and ”Judy” – and wound up with the $25 first prize.

Ms. Fitzgerald’s first professional job, a result of her success at the Apollo Theater, was singing with the renowned Mr. Chick Webb’s hard-swinging band, and when he died, in 1939, she led the Webb orchestra. Her first hit record with Webb was ”A-Tisket, A-Tasket,” a song based on the nursery rhyme that Van Alexander, one of Webb’s arrangers, had composed after repeated urgings from her.

When the band was abandoned in the early 1940’s, she began singing on her own, which she has done ever since. Initially Ms. Fitzgerald used the kind of material she had sung with the Webb orchestra, although much of what was fed to her by her record company was second rate. When be-bop developed in the late 1940’s, she embraced it warmly.

Ms. Fitzgerald told the Los Angeles Times in an interview in 1974 that ”Bop musicians have more to say than any other musicians playing today,” she said. Nevertheless, she soon saw that her embrace of be-bop had been too warm. 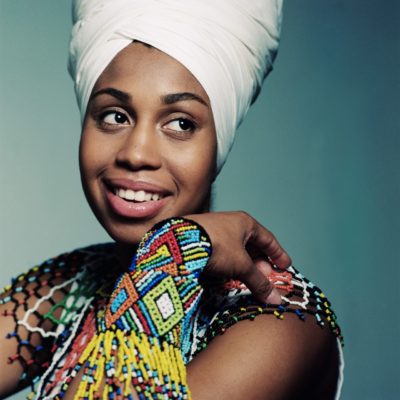 It was then, in the early 50’s, that Mr. Norman Granz, the impresario of the Jazz at the Philharmonic series, stepped in to place Ms. Fitzgerald’s natural talents in a context that enabled her to arrive at the level of international stardom on which she has flourished for the last 35 years. As her manager, Mr. Granz started her on a series of ”Song Book” albums – each a two-disk set devoted to the work of a major songwriter, including Mr. Cole Porter, the Gershwins, Mr. Duke Ellington, Mr. Jerome Kern and Mr. Irving Berlin.

It’s All About the Meaning of Lyrics

Ms. Jazzmeia Horn, the other headliner slated to perform at the Ms. Fitzgerald tribute, has been on the jazz scene professionally for the last three years and is rapidly ascending the heights of jazz notoriety. Her critically acclaimed album “A Social Call” (Concord Records) debuted in May with great reviews.

In an interview with San Diego County News conducted earlier this year, Ms. Horn stressed how her discovery of Ms. Fitzgerald’s songbook collections opened her eyes to a completely new way of interpreting lyrics of a song.

“I noticed that Ella’s ventures into the song books pointed up a flaw that had not been noticeable when she was singing routine pop songs. Her vocal range and virtuosity and her rhythmic drive had always been the primary focus of her performances. Lyrics often seemed to her unavoidable, another form of scat syllables to be bent and twisted for rhythmic or harmonic effect without regard to their meaning. When she approached the urbane and witty lyrics of Cole Porter, Lorenz Hart and Ira Gershwin, she sometimes gave the impression she did not understand them,” explained Ms. Horn.

Ms. Horn is correct in her assessment of Ms. Fitzgerald’s early approach to the songbook projects. She learned to manage in her own ingenuous way, to bring the lyrics into proper focus, making the show tunes as typical of Ms. Ella Fitzgerald as her classic scat treatment of ”How High the Moon” or her lilting ”A-Tisket, A-Tasket.”

Ms. Stallings is quick to point out that Ms. Fitzgerald was a skilled exponent of wordless improvising and a gifted interpreter of lyrics. “A musician may play with dazzling virtuosity – that tells you she knows her instrument. However, she need play only a simple phrase to melt every heart in the room – if she has the talent to choose the right phrase. Ella had that talent,” Ms. Stallings reverently stated.

When the audience watch these three women perform at the November 25 Copley Hall show, they will be treated to three different approaches to singing from the “Great American Song Book.”  Just as their age, range is wide, so too will there be their great stylistic diversity. Ms. Stallings is an uncompromising song stylist, Ms. Horn is a powerhouse vocal gymnast and Ms. Gazarek is an exceptional abstractionist and experimenter, and all three are equally gifted and innovative singers.

Tickets for the November 25, 2017 @ 8 p.m. show, The First Lady of Song: An Ella Fitzgerald Tribute/A Jazz @ the Jacobs Concert Hall at the Jacobs Music Center, can be purchased by going on the following link: http://purchasing.sandiegosymphony.org/single/eventDetail.aspx?p=6411