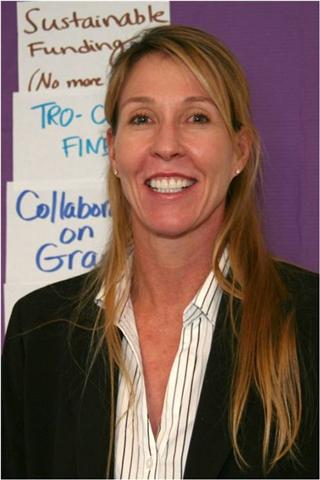 Thirty six women were recognized at the event which was held in the Grande Ballroom of the Sheraton San Diego Hotel and Marina on Friday, June 18, 2010. This annual event included an award recognition ceremony, motivational speakers, a summer-inspired lunch, and networking.

The YWCA of San Diego County pioneered the TWIN Awards Luncheon as a recognition program for local companies to recognize outstanding female leaders within their organizations. Last year TWIN raised $111,000. Since its inception, over 2,400 women have been honored and $1.9 million has been raised to support YWCA programs and services that help women, children, and families affected by domestic violence and homelessness in San Diego County.

TWIN serves as one of the main fundraisers for the YWCA of San Diego County annually. On July 1, the State of California will cut 100 percent of the funding for domestic violence programs- So, the funds raised at this year’s event were even more critical than ever before!

Lt. Luhnow provides day to day leadership to one of the leading Family Justice Centers in America. The San Diego Police Department serves as the lead agency for the Center. Lt. Luhnow coordinates the services of 27 different onsite and offsite partner agencies at the Center that serve over 300 victims of domestic violence and their children each month. At present, she is helping to lead a statewide Family Justice Initiative in California that will develop five new Family Justice Centers in 2010, all modeled after the San Diego Family Justice Center. She is currently developing a model High Risk Team model for the Center to coordinate intervention for victims in extreme danger due to domestic violence and stalking. She successfully advocated for a permanent home for the Center before the San Diego City Council and is now coordinating the build out of the new location slated to open in September 2010 at 1122 Broadway.

The Center’s success has been widely credited with playing a major role in the 70% reduction in domestic violence homicides in San Diego since 2001.