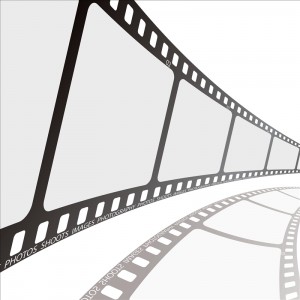 This year, the festival will occupy two unique festival villages – one in La Jolla at ArcLight Cinema, Westfield UTC, and the Museum of Contemporary Art, and one in downtown San Diego, encompassing several theaters and venues in and around the Gaslamp Quarter.

The festival will open with a special presentation of “Other People,” written and directed by Chris Kelly (“Saturday Night Live”). The comedic drama is about a struggling comedy writer (Jesse Plemons) who, fresh from breaking up with his boyfriend, moves to Sacramento to help his sick mother (Molly Shannon). Living with his conservative father (Bradley Whitford) and younger sisters (Maude Apatow, Madisen Beaty), he feels like a stranger in his childhood home. As his mother worsens, he tries to convince everyone (including himself) he’s “doing okay.” It will play on Wednesday, September 28 at 6:30 p.m. at the Balboa Theater.

The Festival will close with The Eagle Huntress, which follows Aisholpan, a 13-year-old girl, as she trains to become the first female in twelve generations of her Kazakh family to become an eagle hunter, and rises to the pinnacle of a tradition that has been handed down from father to son for centuries. It will play on Sunday, October 2 from 7:00 – 9:00 p.m. at the ArcLight Cinemas in La Jolla

The festival has also announced that they have added Garth Davis’s LION, starring Rooney Mara, Nicole Kidman and Dev Patel as a Special Screening during the festival. Five-year-old Saroo gets lost on a train which takes him thousands of kilometers across India, away from home and family. Saroo must learn to survive alone in Kolkata, before ultimately being adopted by an Australian couple. Twenty five years later, armed with only a handful of memories, his unwavering determination, and a revolutionary technology known as Google Earth, he sets out to find his lost family and finally returns to his first home. It will play on Friday, September 30 at 7:30 p.m. at the Regal Theater.

A struggling comedy writer, fresh from breaking up with his boyfriend, moves to Sacramento to help his sick mother. Living with his conservative father and younger sisters, David feels like a stranger in his childhood home. As his mother worsens, he tries to convince everyone (including himself) he’s “doing okay.”

Just a short two-block walk from the Balboa Theater, the evening continues with the Opening Night After Party, presented by Harrah’s Resort SoCal. The party will have it all and is included in the opening night ticket. Live music, DJ’s, dancing, bites and beverages at the stunning rooftop locale.

VARIETY Night of the Stars Tribute

Co-hosted by notable film critics Jeffrey Lyons and Ben Lyons, this extraordinary tribute evening celebrates the imagination, passion, and vision influencing cinematic excellence today and yesterday, as we honor Gregory Peck in celebration of what would have been the acclaimed actor’s 100th birthday. A tribute to Peck’s life, career, and legacy will be presented. The Gregory Peck Award for Excellence in Cinema will be presented to four-time Academy Award® nominee, two-time Golden Globe-winner, and two-time recipient of the Screen Actors Guild Award, Annette Bening. Jason Mitchell will receive the Rising Star Award, having achieved critical acclaim for his role portraying the iconic “Eazy E” in STRAIGHT OUTTA COMPTON. Actor and filmmaker Simon Helberg, known for the Big Bang Theory and most recently having received rave reviews for his role opposite Meryl Streep and Hugh Grant in “Florence Foster Jenkins,” will be the recipient of The Auteur Award. The Auteur Award recognizes a multi-talented actor who brings unique personal visions to their craft. Kate Beckinsale will receive the Cinema Vanguard Award, which honors an actor who has the tenacity to forge new ground within their craft.

Party With a Purpose

“theHUB” – the Festival’s cultural addition this year, kicks off the Friday festivities, and will be open all day, and all weekend long. At 9 p.m. on Friday, the 21+ party begins. There will be live music and art, entertainment, food trucks, complimentary beverages and games in the beer garden. As we all join for a night of fun festivities, we bring attention to our social justice initiatives to bring the power of documentary films to tell transformative stories with lasting social impact and to create positive change in the world.

Celebrate this year’s filmmaker talent from around the world as the Festival presents the Jury Awards for the competition films. The rooftop will come alive at this annual event that includes an awards ceremony, music, appetizers, and cocktails at the no-host bar. See which of your favorite Festival films will be honored this year and mingle with the filmmakers.

A savory feast for the eyes and palate, Culinary Cinema is a curated experience pairing the food based documentary, ANTS ON A SHRIMP, with celebrated local chefs serving up a delicious food and wine pairing. Celebrated San Diego chefs converse on the film and share their savory inspirations after the screening. Troy Johnson, Award-winning food critic and humorist for San Diego Magazine and Food Network is the moderator for this event. Tickets to this event are $55 and include a film screening plus food and wine tastings.

The Eagle Huntress follows Aisholpan, a 13-year-old girl, as she trains to become the first female in twelve generations of her Kazakh family to become an eagle hunter, and rises to the pinnacle of a tradition that has been handed down from father to son for centuries.

Documentary films are perhaps the most powerful took we have today to put a spotlight on global injustices and human rights issues as well as the stories of triumph over unimaginable odds. The Festival is proud to partner with Academy Award ® winner Susan Sarandon, filmmaker Thomas Morgan and Kweku Mandela to present this year’s Social Justice track of films, plus an extraordinary panel discussion of insights and inspiration from the filmmakers. Panelists include Kweku Mandela (Out of Africa Films), Thomas Morgan (Waiting for Mamu, Storied Streets), Dawn Porter (Gideon’s Army, 2014 Spirit Award Winner), Kathleen Man Gyllenhaal (award-winning writer/director) and Cecilia Peck (Emmy nominated Brave Miss World). The moderator is Trevor Hall (President, The Rebelhouse Group).

Two respected film critics (Jeffrey Lyons and Scott Mantz) discuss the views on film criticism and platforms, evolving place of film journalism in the industry, and the told critics play in a film’s exposure and marketability.

Director Theodore Melfi returns to the Festival with a first look at footage from his new film Hiddens Figures (Fox 2000). Access Hollywood’s Scott Mantz will lead a discussion with Melfi following the footage presentation, discussing how this highly anticipated film came to life. “Hidden Figures” is the incredible untold story of Katherine G. Johnson (Taraji P. Henson), Dorothy Vaughan (Octavia Spencer) and Mary Jackson (Janelle Monáe)—brilliant African-American women working at NASA, who served as the brains behind one of the greatest operations in history: the launch of astronaut John Glenn into orbit, a stunning achievement that restored the nation’s confidence, turned around the Space Race, and galvanized the world. The visionary trio crossed all gender and race lines to inspire generations to dream big.

Moderated by Ben Lyons, the Festival introduces a panel discussion featuring special guest panelists who represent the craft of acting across the board.