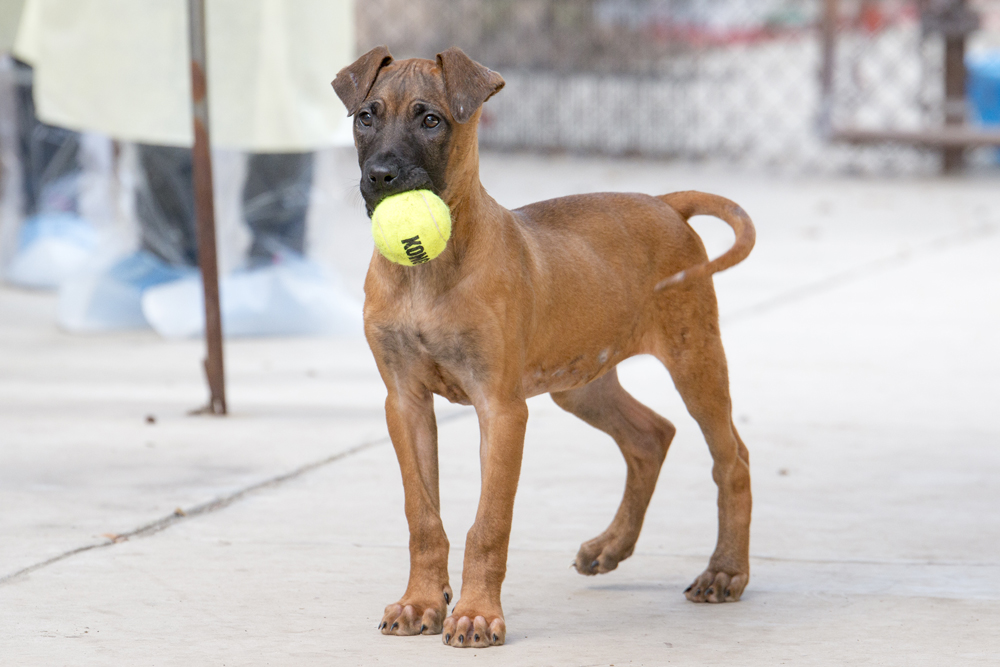 One of many dogs rescued from Korean dog meat farm.

SAN DIEGO–Earlier this week, San Diego Humane Society admitted 21 dogs and puppies rescued from the deplorable conditions of a Korean dog meat farm; another 9 dogs will be admitted this Thursday.

The San Diego Humane Society’s Special Response Team of skilled animal welfare professionals transported the dogs from San Francisco to San Diego after they traveled from South Korea through a rescue program of Humane Society International (HSI). Similar to conditions found in puppy mills and factory farms, the dogs have been living in filthy, cramped cages for their entire lives with very little food or veterinary care. Many suffer from disease and malnutrition and most are subject to daily cruelty. There are a variety of breeds, including Tosas (similar to Korean Mastiffs), Golden Retrievers and Huskies, all under 2 years old with some being under 6 months old.

Upon arrival in San Diego, the dogs and puppies were examined by veterinarians and are currently on hold for a two-week period giving them ample time to acclimate to their new habitats. During this hold period, the dogs and puppies will be treated for any medical issues and begin a behavior modification regiment to help socialize the fearful and shy dogs.

“Helping to end the horrors of the dog meat trade is a critical mission for us,” says Dr. Gary Weitzman, president and CEO of San Diego Humane Society. “We have pledged to keep San Diego at zero euthanasia of healthy and treatable animals — and we will keep that promise — but that doesn’t mean we will ever turn our backs on other animals in need.”

This is the second rescue San Diego Humane Society has participated in partnership with HSI. San Diego Humane Society’s Special Response Team will continue working on these types of rescue efforts according to Chief of Humane Law Enforcement Steve MacKinnon, “The purpose of the Special Response Team is to be able to rescue animals in their greatest time of need. We’re happy we could do that this week.”