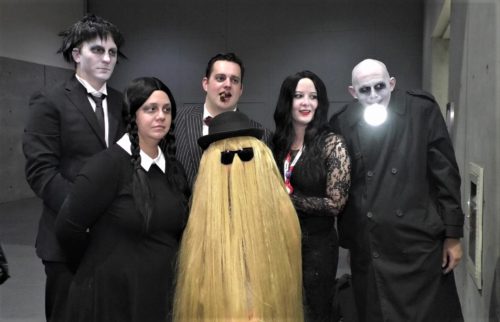 SAN DIEGO–San Diego Comic-Con International is known for its full line-up of panels, Hollywood sneak previews, and pop-culture merchandise, but the fun part of the convention is the fans.

At the official opening of the four-day convention, fans of all ages packed the San Diego Convention Center to visit various booths, seek autographs from their favorite celebrity, or spend money on rare comic books, illustrations, and figurines of their favorite Marvel or DC comic book super heroes.

San Diego County News spent the day talking to fans about their experiences at Comic-Con, as well as checking out the unique costumes at this year’s event.