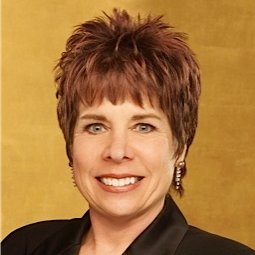 LOS ANGELES–Rosalind Jarrett Sepulveda, the Executive in Charge of Publicity for the Screen Actors Guild Awards, received the Les Mason Award, the highest honor the publicists can bestow on one of its own members, at the 54th annual ICG Publicists Awards.

Kathy Connell, Executive Producer of the Screen Actors Guild, was delighted to congratulate Jarrett Sepulveda. “Rosalind is an essential factor in the success of the SAG Awards and is wholly deserving of this accolade,” Connell said. “I couldn’t be more proud of her, and I’m very lucky to have her on our team.”

Jarrett Sepulveda has held her current position for 17 years, during which time she also has been a mentor for young women in the industry, an advocate for more diversity in television and film, and a Women’s Image Network (WIN) Special Achievement award honoree in 2013. She concurrently is an avid participant in the “Pay It Forward” Challenge and other initiatives that use endurance sports to inspire others and to support the non-profit Challenged Athletes Foundation.