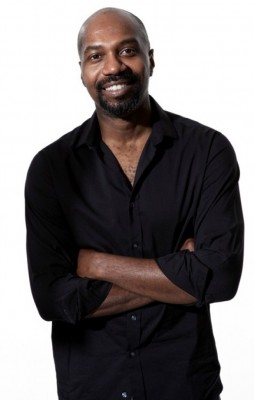 “There is something about the technique, the hand of these prime movers that we must not lose. People who understood how they placed the torso over the hips…how they encouraged the breathing…how they themselves inhabited a gesture.”
Bill T. Jones, Choreographer in Limon: A Life Beyond Words

WASHINGTON, DC – Ronald K. Brown, the American Choreographer, Founder and Artistic Director of the dance company, EVIDENCE, concluded a three-day run (October 28-30, 2015) at the John F. Kennedy Center for the Performing Arts in Washington, DC, with musical collaboration headed by jazz extraordinaire, Jason Moran and the BandWagon, chartered new grounds in how jazz and modern/contemporary dance is to be performed. It’s rare to hear a wolf whistle from the crowd when the curtain goes up on the evening of a modern dance performance. But that’s what happened on evening of October 30th at the Kennedy Center’s Eisenhower Theater as the music of Zap Momma, The Allenko Brotherhood, Ahmad Jamal, Bobby McFerrin, and Jason Moran zoomed toward the audience with undying excitement, whether maximized by throbbing rhythms, bloodcurdling high notes, violent and hypnotic African dance body movements, layered riffs and hyperbolic virtuosity of dance styles and techniques, fevered dance exchanges, or just simply carnal funkbombination! 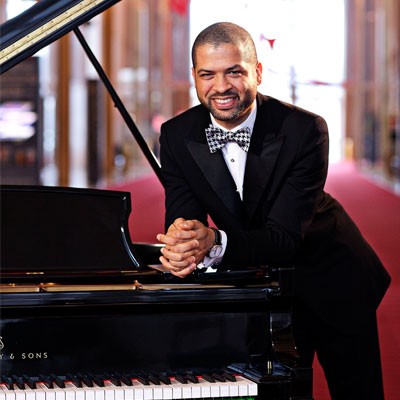 The occasion was Brown’s collaboration with Kennedy Center’s Artistic Director for Jazz, Jason Moran, a new work presented by Brown’s EVIDENCE Dance Ensemble in an successful attempt to link the world of modern/contemporary dance to jazz, which connected to the life and struggles of indigenous people around the globe. The dance company performed brilliantly and scored a hit with Moran’s smooth, subtle, and generous of spirit direction, which were the significant ingredients that propel the production to success. Last week the 1,200-seat Eisenhower Theater was nearly sold out on all three nights of the production. Men and women of all ages and from all walks of life were in the balcony roaring their approval as the dancers performed rigorous routines and magically became an expression of religious and spiritual aspiration, a feat scarcely approached by any other choreographer of the likes of Brown.

The universality of Brown’s repertory is, admittedly, not often very interesting. But it is frequently exciting: the women’s solos in “The Path” and “Commitment” are good examples of this. And appealing: witness large parts of “One Shot: Bellows.” I often like it best when Brown addresses dance technique itself and shows how mastery of a movement can express something larger. Nobody can miss this in parts of “Lessons: March”, which was an extraordinary and moving piece dedicated to Dr. Martin Luther King and the freedom fighters of the 20th Century.

What all these repertoires of Brown’s production — apart from a good deal of basic stagecraft — is just how diverse a stylist he really is. He took from the dance techniques of Lester Horton, Martha Graham, Katherine Dunham, Alvin Ailey, José Limón, Bill T. Jones and others, and he employed the idioms of jazz dance, Broadway and contemporary ballet. The range of styles in “The Subtle One”, with musical arrangements by Moran, is part of its genius, and there’s a moment in the middle of the piece that made me grin, as the dance ensemble arrive and out of nowhere start to perform a neat, intricate, exacting kind of dance — nonstop jumps with legs beating in the air — that’s nothing like what we’ve been watching!

Brown’s Kennedy Center production had a very personal way of communicating the inner drama of his characters, which is demonstrated in the work of his Associate Artistic Director/Dancer, Arcell Cabuag.

There is a certain grandeur, with a touch of the archaic, in his gestures; there is an intensity in the rapport between the dancers on an emotional and intellectual level, and there is a specific ambience created through emotional communication of the dramatic intent through facial expression as much as body movements. Brown’s work is like coming home. It is a celebration and acceptance of our humanity; and by watching the audience’s exuberant reaction at the conclusion of the Ronald K. Brown/EVIDENCE with Jason Moran and the BandWagon production, amplifies how respectable and exceptional these dancers are at the theatrical presentation of their material.