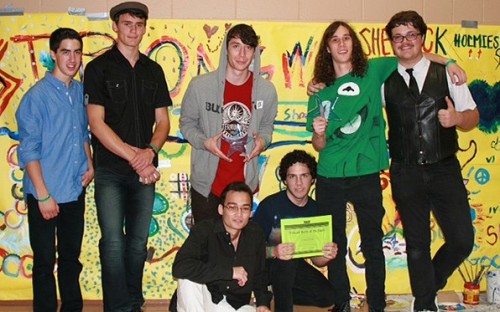 SAN DIEGO–Rocking out in the garage is one thing, but getting up on stage in front of an audience, well, a teenage rock band could get discovered!

Band members ages 13 to 19 are hoping for just that when they compete in the Fallbrook Community Center’s 7th annual Battle of the Bands. The competition takes place at the center from 4 to 8 p.m., Saturday, March 29. Six bands will play against each other for a chance to win prizes and more importantly, a recording session at Red Crosby Studio.

Three judges will determine who will take home the $200 1st place prize and the $100 2nd place prize. A “People’s Choice Award” will also be given out during the Battle of the Bands.

Admission is only $5 and a $1 of each ticket will go to the band that receives the most for the “People’s Choice Award.”

The lineup will include the bands below, listed with hometown and genre of music:

For more information about the Battle of the Bands or other activities at the Fallbrook Community Center, call (760) 728-1671.